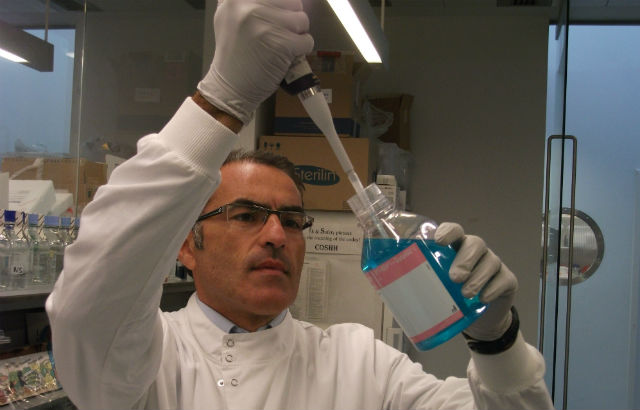 The study reported that mice with pancreatic cancer that were treated with a naturally occurring constituent of medicinal cannabis alongside chemotherapy, survived almost twice as long as those treated with chemotherapy alone.

Each year around 9,800 people in the UK are diagnosed with pancreatic cancer. The disease is particularly aggressive and has one of the lowest survival rate of all cancers.

The study which was published in the journal Oncogene, tested the impact of the cannabinoid Cannabidiol (CBD) on the use of the commonly used chemotherapy medication Gemcitabine as a treatment for pancreatic cancer in mice.

Lead researcher Professor Marco Falasca from Queen Mary said: “This is a remarkable result. We found that mice with pancreatic cancer survived nearly twice as long if a constituent of medicinal cannabis was added to their chemotherapy treatment.

“Cannabidiol is already approved for use in clinics, which means we can quickly go on to test this in human clinical trials.

"If we can reproduce these effects in humans, cannabidiol could be in use in cancer clinics almost immediately, compared to having to wait for authorities to approve a new drug.

“The life expectancy for pancreatic cancer patients has barely changed in the last 40 years because there are very few, and mostly only palliative care, treatments available.

Given the five-year survival rate for people with pancreatic cancer is less than seven per cent, the discovery of new treatments and therapeutic strategies is urgently needed.”

Cleared for clinical use

As such, CBD is already cleared for use in the clinic, and does not face the same challenges as products including cannabis oil, which contain controlled substances such as THC.

The researchers add that CBD is also known to improve the side effects of chemotherapy, including nausea, diarrhoea, vomiting, meaning it could also improve the quality of life of patients undergoing chemotherapy.

The study only looked at the effect of this treatment in mice, and clinical trials in humans are needed to confirm whether or not CBD improves survival rates of pancreatic cancer patients.