Beetroot may reduce the risk of kidney failure in patients having a heart x-ray, according to research led by Queen Mary University of London. 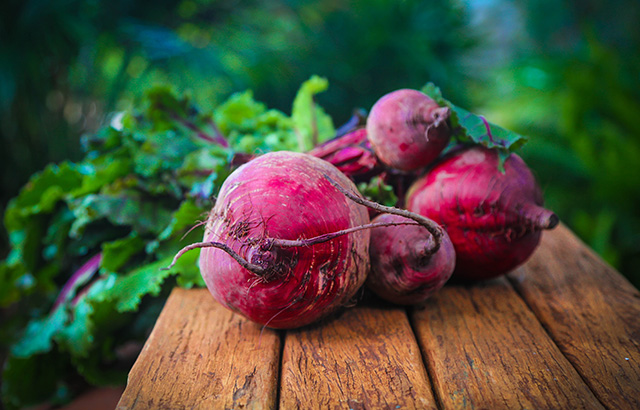 The new research project funded by national charity Heart Research UK will look into whether dietary inorganic nitrate, found commonly in beetroot, could be used in pill form to prevent one of the most common causes of kidney failure in hospital.

During angiography, a special dye is injected into the blood so that the blood vessels can be seen. However the dye can cause acute kidney injury, known as contrast induced nephropathy (CIN), which is thought to be in part because it reduces levels of nitric oxide in the kidneys.

Dietary nitrate, found in abundance in vegetables such as beetroot, can increase levels of nitric oxide in the body.

'The benefits would be substantial'

“If we find that giving dietary nitrate in capsule form could replace the lost nitric oxide in the kidneys and prevent CIN, the benefits to patients with heart disease would be substantial including reduced rates of kidney damage, less need for treatments such as dialysis and better long term survival.”

Professor Ahluwalia with her colleagues Dr Dan Jones (Senior Lecturer in Clinical Trials) and Professor Anthony Mathur (Director of Intervention, Barts Heart Centre) will divide patients into two groups, one group taking nitrate capsules and the other group taking placebo capsules that do not contain nitrate.

Kidney function will then be measured and compared in both groups before the procedure, and two days and three months after to see if dietary nitrate makes a difference.

“This exciting project has the potential to help reduce the risk of kidney damage and lead to better long-term survival for patients following coronary angiography.”

Queen Mary’s William Harvey Research Institute is just one recipient of Heart Research UK’s Translational Research Project Grants. Awarded since 2009, the national charity based in Leeds has given almost £5m to fund these innovative and pioneering medical research projects across the UK.