At least 61 per cent of people who try their first cigarette become, at least temporarily, daily smokers, suggests an analysis of survey data by Queen Mary University of London. 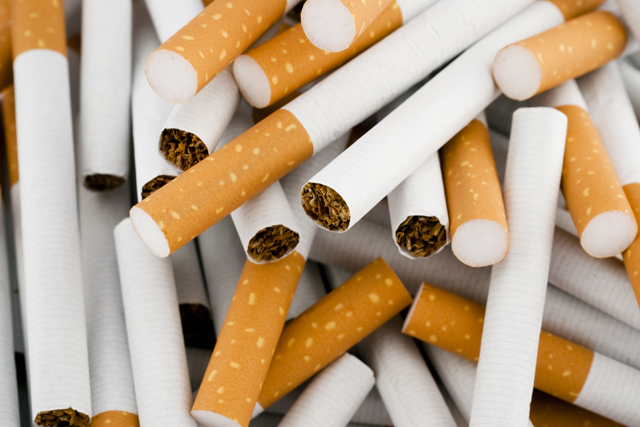 The findings, from over 215,000 survey respondents and published in the journal Nicotine & Tobacco Research, provides strong support for prioritising efforts to reduce cigarette experimentation among adolescents.

Lead researcher Professor Peter Hajek from Queen Mary's Wolfson Institute of Preventive Medicine said: “This is the first time that the remarkable hold that cigarettes can establish after a single experience has been documented from such a large set of data.

“In the development of any addictive behaviour, the move from experimentation to daily practice is an important landmark, as it implies that a recreational activity is turning into a compulsive need. We’ve found that the conversion rate from ‘first time smoker’ to ‘daily smoker’ is surprisingly high, which helps confirm the importance of preventing cigarette experimentation in the first place.

“The UK is seeing a dramatic reduction in smoking at the moment and this tallies with recent findings that only 19 per cent of 11-15 year olds have ever tried a cigarette, so the good news is that we are on the right track.”

The researchers searched the Global Health Data Exchange for relevant surveys that included questions about ever trying a cigarette and ever smoking daily. Datasets from eight surveys were found from the UK, USA, Australia and New Zealand, and the survey methods were found to be on par with best practice. Data were analysed to calculate the conversion rate from ever trying a cigarette to ever smoking daily.

The team calculated that 60.3 per cent of respondents had said they had ever tried a cigarette, and among those, an estimated 68.9 per cent said they had progressed to daily smoking.

The different surveys used different methodologies and yielded different results, so the estimated 68.9 per cent ‘conversion rate’ from experimentation to daily smoking has a margin of error (between 60.9 and 76.9 per cent).

Given the high conversion rate found in all existing surveys, the researchers suggest that at least some of the reduction in smoking prevalence observed over the past 20 years is likely due to reduced experimentation with cigarettes among adolescents.

The study’s limitations include the fact that surveys yielded somewhat different results, so the estimated conversion rate is only approximate. As with any self-reporting survey, there are questions that can be raised over the accuracy of the recall people have concerning their smoking history.