Two researchers from Queen Mary University of London are part of a team that is shortlisted to win a £200,000 science prize for their work in creating sustainable energy storage technologies from palm tree residue in Colombia. 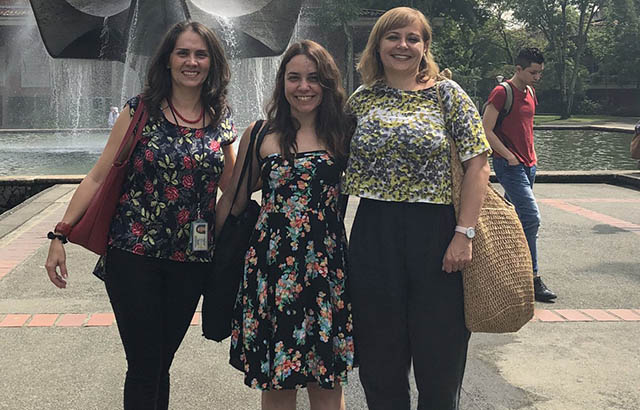 Professor Magda Titirici and co-investigator Dr Ana Jorge Sobrido, both from Queen Mary’s School of Engineering and Materials Science, are nominated for the 2018 Newton Prize which is awarded for the best research or innovation that promotes the economic development and social welfare of Newton Fund partner countries.

The project hopes to increase wealth in rural areas by allowing farmers to turn biomass waste into something useable. Consequently, more land will be cultivated with useful crops in place of coca plants which form part of Colombia’s illegal drug economy.

Biomass-derived products will be of high importance for a sustainable economy in Colombia including producing carbon-dioxide free electricity.

Professor Titirici said: “It’s fantastic to be nominated. The Newton Fund is an amazing initiative which has enabled us to collaborate with a very proactive group in Colombia and do some amazing research using local biomass to enable energy storage and biofuels.”

She added: “I am a strong supporter of empowering women in science and engineering and so is the Colombian principle investigator Professor Diana Lopez. This collaboration between two successful female Professors sets the scene for female students in Colombia to believe that they can achieve anything they want, and that being a successful woman in science is not something out of reach.”

The shortlist for the prestigious £1 million 2018 Newton Prize features 22 proposals between researchers in the UK and Brazil, Chile, Colombia and Mexico.

This year 140 Newton funded projects, fellowships or other awards applied. Four prizes of up to £200,000 each will be awarded to winning projects with the eligible Latin American countries. There will also be an additional prize (the Chairman’s Award) of £200,000 for a project with the potential for broader impact with other developing countries.

Sir Venki Ramakrishnan, Newton Prize Committee Chair and President of the Royal Society and Nobel Laureate, said: “Latin America has a wealth of excellent researchers working in collaboration with the UK to tackle issues as diverse as post conflict studies, biodiversity, health and energy through the Newton Fund partnerships in the region. Science and innovation often depends on working in partnership across the globe: sharing knowledge and resources to enhance our understanding and make discoveries with the potential to change lives.”

During November the shortlisted projects will be celebrated at award events taking place in Brazil, Chile, Colombia and Mexico, where the winning project for that country will be announced. These events will be followed by a UK reception in December hosted by Sam Gyimah MP, the Minister for Universities, Science, Research and Innovation to celebrate international and science innovation collaborations.