An opt-out organ donation register is unlikely to increase the number of donations, according to a new study from Queen Mary University of London. 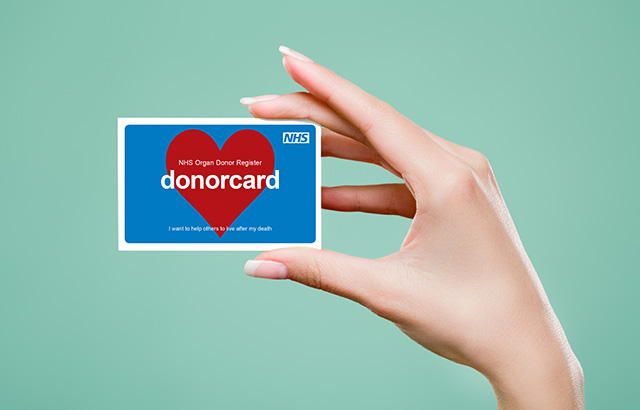 The researchers say donors should actively choose to be on the register by opting-in to ensure they genuinely want to donate their organs and to limit families from refusing the donation of their deceased relatives’ organs.

An opt-out system automatically registers everyone and presumes consent to donate so if you do not want to you must take yourself off the register, whereas an opt-in system requires explicit consent to donate and indicates willingness.

However most organ donation legislative systems, whether opt-in or out, include a clause that allows the final decision to donate to be made by family members.

NHS Blood and Transplant reported in 2016 that more than 500 families vetoed organ donations since April 2010 despite being informed that their relative was on the opt-in NHS Organ Donation Register. This translated into an estimated 1,200 people missing out on potential life-saving transplants.

Plans to introduce an opt-out system in England by 2020 have recently been announced by the government, but the researchers suggest this will create ambiguity and will not reduce veto rates.

In three experiments, American and European participants from countries that have either a default opt-in or default opt-out system were presented with a fictional scenario and asked to take on the role of a third party to judge the likelihood that an individual’s ‘true wish’ was to actually donate their organs, given that they were registered to donate.

Overall, regardless of which country the participants came from, they perceived the donor’s underlying preference to donate as stronger under the default opt-in and mandated choice systems as compared to the default opt-out and mandatory donor systems.

The study was published in Journal of Experimental Psychology: Applied.

Lead author Dr Magda Osman, from Queen Mary University of London, said: “We show it’s harder to judge the underlying wishes of the deceased if they were on an opt-out and mandatory donation register. Why? Because making a free choice indicates what your preference is. If you don't actively choose and you are listed as a donor on the register, then it isn't clear if you really wanted to donate your organs. This matters because if in the event of death your relatives have to decide what to do, they may veto the organ donation if they can't tell for sure what your underlying wishes were.”

Dr Yiling Lin, also from Queen Mary University of London, added: “There are plans to launch an opt-out organ donation system in England, but what we show is that this system is unlikely to increase actual rates of organ donation or reduce veto rates, all it will do is increase the number of people on the organ donation register.”

In 2017/18 there were 6,044 people in the UK waiting for a transplant while 411 patients died while waiting on this list. Similarly, this year in the US there are 114,000 people on the waiting list to receive an organ and it is estimated that 20 people die each day while waiting on the list***.

To address problems like these, behavioural interventions, such as nudges, have been used to provide practical solutions that are based on psychological and behavioural economic research.

Dr Osman said: “Our findings are important because they challenge the efforts of many nudge enthusiasts to promote the use of opt-out defaults in organ donation.”

She added: “To help increase actual rates of organ donation, we need more transplant coordinators working with families to help them understand the issues before being faced with a monumental and distressing decision.