Impact of renewables and trading on power grid frequency fluctuations

The effect of energy trading is strong and comparable in size to the effect of renewables on the frequency fluctuations of a power grid, according to a new study published in Nature Energy. 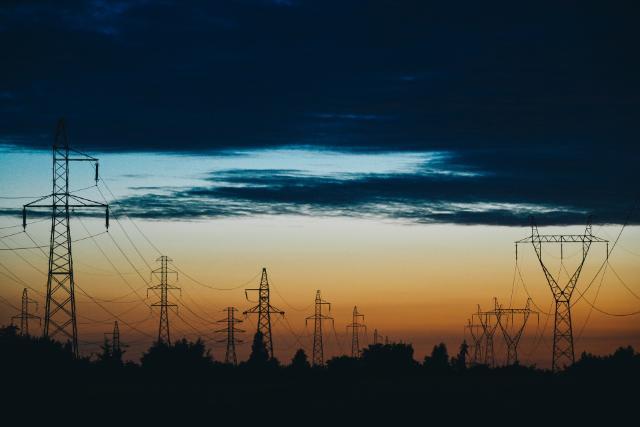 The researchers also found that splitting a large grid into small microgrids – as a way of integrating additional renewable power generation or creating smaller, mostly independent grids - will lead to larger frequency deviations which can potentially damage sensitive electronic devices.

The work was carried out by academics from the Max Planck Institute for Dynamics and Self-Organization in Goettingen (Germany) and Queen Mary University of London (UK) along with colleagues in Juelich (Germany) and Tokyo (Japan).

Our daily life depends more than ever on a reliable electrical supply but the ongoing energy transition from fossil fuels to renewable energy poses new challenges to the electrical power grid and its operators.

To integrate additional renewable generation into the power grid, it is often proposed to split the grid into smaller autonomous cells, also called ‘microgrids’, which would allow a village with a combined heat and power unit and added wind and photovoltaic generators to operate mostly independently without drawing energy from the grid.

But how does splitting a large grid into smaller cells and adding more renewable generators affect the reliability of the electrical supply? The researchers analysed power grid frequency fluctuations in different regions in the world and formulated mathematical models to predict the effect of power fluctuations on the grid frequency.

Power grids in Europe operate at 50Hz but if additional consumer energy is drawn from the grid, the frequency briefly drops until extra power is provided. Renewable generators can also cause fluctuations of the grid frequency because, for example, wind generation can only be as steady as the unpredictable wind speed. The deviations of the frequency from the reference of 50 Hz must never be too large since sensitive electronic devices may be damaged otherwise.

The international team of scientists asked: Do renewables impact the grid frequency as negatively as sometimes claimed by critics? How likely are large and therefore risky deviations from the reference frequency?

Two surprises in one analysis

The researchers collected data from grids of varying size in Germany, France, Great Britain, Finland, Mallorca, Japan and the USA.

A systematic analysis of the data revealed two surprises for the scientists. Firstly, the German grid (and similarly other grids) displayed particularly large fluctuations every 15 minutes. This is exactly the time period during which power plant operators agree on a new power dispatch via an energy spot market (a market where electricity is traded). Hence, the results point out that trading significantly impacts the fluctuations of the European grid. Similar results were obtained for the UK grid.

Secondly, the stochastic deviations from 50 Hz do not follow a normal (Gaussian) distribution. Instead, large fluctuations are much more likely than expected based on a normal distribution. In order to understand these observations and potentially support the planning of a fully renewable power grid, the scientists formulated a mathematical model for the power grid. Using their model, they computed the size of fluctuations to be expected dependent on the size of synchronous region. Thereby, the impact of renewable generation should be made clearer.

Frequency fluctuations around 50 Hz during a typical day in the UK. Fig.b gives a more detailed picture of the evening period.

Frequency fluctuations larger in small grids than in larger ones?

Small grids, in particular the one of Mallorca but also the British grid, displayed larger frequency deviations than larger grids, like the Continental European grid.

"Our study indicates that splitting a large grid, like the European grid, into small microgrids will lead to larger frequency deviations. Microgrids are therefore only an option if current frequency regulations are made less strict," said Benjamin Schäfer, first author of the study, who visited QMUL several times to work with Professor Christian Beck on the data analysis and formulation of the mathematical model.

Comparing different regions showed that a larger share of renewable generation resulted in larger frequency deviations. Great Britain, for example, has a much larger share of wind and solar generation compared to the USA. Similarly, frequency deviations in Britain are much larger than in the USA. To incorporate additional renewable generators, the scientists recommend increased primary control and demand response, i.e. smart adaptation of producers and consumers following the grid frequency. If the frequency is relatively high, there should be suitable incentives to consume more energy, such as for example charging electric cars or switching on fridges.