Animal species with males who compete intensively for mates might be more resilient to the effects of climate change, according to research by Queen Mary University of London. 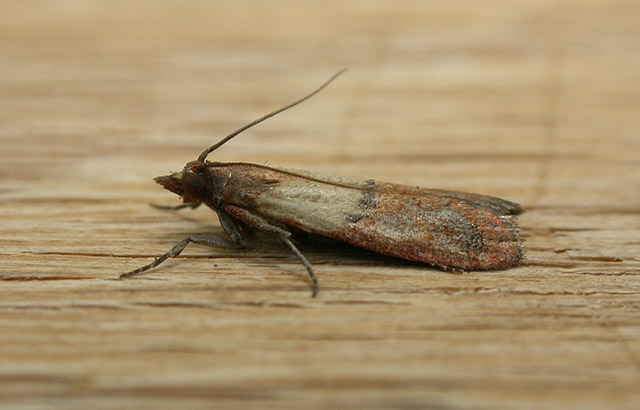 Moths exposed to increasing temperatures were found to produce more eggs and have better offspring survival when the population had more males competing for mating opportunities (three males for every female).

The study, published in the journal Proceedings of the Royal Society B, suggests that sexual selection can provide a buffer against climate change and increase adaptation rates within a changing environment. This could improve understanding of how changing environments might affect animal species in both natural and agricultural systems.

PhD student and lead author Jon Parrett from Queen Mary’s School of Biological and Chemical Sciences said: “Climate change is altering environments all over the world in a variety of ways, with increases in temperature of several degrees being likely in many places. It is vitally important that we understand how animal populations will respond to these changing environments. Our study is the first to look at how sexual selection affects an animal population’s ability to respond to gradual increases in temperature.”

As temperature increased beyond the normal range for these animals, populations showed declines in the number of eggs produced per female and also in the survival of offspring to adulthood.

The populations kept with a male-biased sex ratio, however, were more resilient to increasing temperatures. Production of offspring and survival rates were still affected, but significantly less than in the female-biased populations.

These positive effects of sexual selection may, however, be too small to protect populations and delay extinction when environmental changes are relatively rapid.

Applicable to many species

Co-author Dr Rob Knell from Queen Mary’s School of Biological and Chemical Sciences said: “We used a laboratory system for this research, but our conclusions are likely to be applicable to many animal species. Intense competition for mates is a feature of many well-known animals: rutting stags, displaying peacocks, male birds of paradise and singing male crickets are all trying to win the mating game.

“Our results indicate that these competitive mating systems can play an important role in determining the response to new environments, whereas species where there is less competition for mates are likely to be less able to adapt to new conditions.”

The authors caution that the study is only a laboratory demonstration of the effect and more research is needed to fully understand how these effects might operate in natural systems.