Female resistance in times of war must be recaptured, new book argues

Modern-day international criminal tribunals have constructed women in wartime as either helpless victims, mothers or wives of soldiers, according to a new book by a Queen Mary University of London academic. 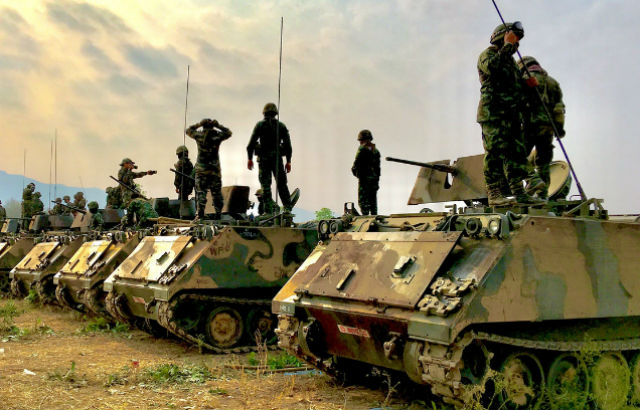 ‘International Criminal Law and Sexual Violence against Women’, by Dr Daniela Nadj from Queen Mary’s School of Law, explores the prosecution of wartime sexual violence in international criminal law and asks what the juridicisation of gender-based violence signifies for women.

It reveals that both tribunals contributed to framing women through either a victimhood or motherhood lens, which Dr Nadj argues does not allow for the possibility of women exercising resistance.

By bringing to the surface the complexity and multi-faceted gendered identities in wartime, the book calls for a radical rethinking of notions of femininity in armed conflict.

At the book launch on 10 September, Dr Nadj explained how she seeks to create a “more imaginative portrayal of women” by creating a space for the women who have been side-lined from mainstream feminist strategies and seeing past injury as constructive of female subjectivity.

Using witness testimonies of nurses, journalists, bar owners and administrators, the book illustrates how, even in wartime, women had a voice and purpose that was unrelated to their sexuality. “There is always resistance in these scenarios and we need to give voice to these women too,” argued Dr Nadj at the launch.

“The voices of these witnesses, coupled with their sense of agency, firmly contradicts the predominant wartime gendered identities constructed in international law. We need to give these voices greater emphasis and reflect the voices of women who exercised agency,” she added.

Dr Nadj argues that although both tribunals provided a legacy for how gender justice is incorporated into international law, both depicted women with little sense of agency.

She criticises the “self-contained nature of criminal law”, which she argues is too narrow to capture the multi-dimensional nature of female identity in wartime. “The language of international criminal law can only begin to fully reflect women’s multiple wartime identities if it recaptures female agency, rather than if it assumes women in wartime to inevitably be victims”, she said at the launch.

To support this, Dr Nadj notes how the Yugoslav war was intrinsically linked to rape, and that the ‘raped woman’ has become the metaphor for female identity during the conflict.

However, despite the “tremendously important work” that has resulted from this feminist advocacy, Dr Nadj notes how the feminists who have helped to achieve these legal successes have also been complicit in the reproduction of reified gendered identities in international law. She argues that this is because these feminists have framed the harms against women as ethnicised, rather than gendered, crimes.

The book also argues that these feminists have, to an extent, abandoned the critical origins of feminism as a framework for questioning sovereignty, authority, mastery and control.