UNRWA and Trump's attempt to erase the Palestinian people

Neve Gordon, Professor of International Law, wrote an opinion piece for Al Jazeera arguing that by cutting the funding to the United Nations Relief Works and Agency (UNRWA), President Donald Trump wants to eliminate the Palestinians' demand for the right to return. 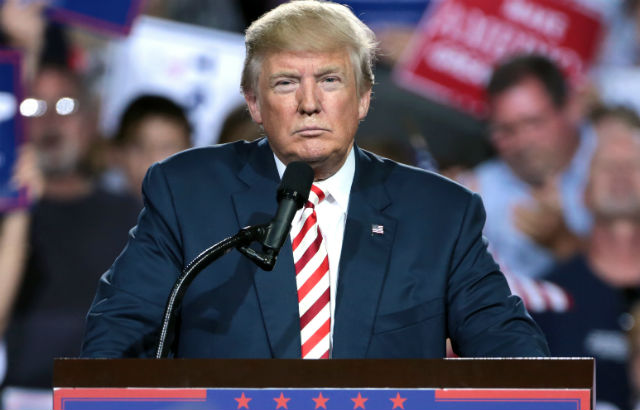 First came the separation of young children from their parents. In May 2018, Trump ordered the United States Immigration and Customs Enforcement Agency (ICE) to send all adults caught crossing the border to federal jail to await trial, while transferring their children to either foster care or detention centres. Most of these children have been kept in what are essentially cages, and some have even been given psychotropic drugs without parental consent.

The assumption is that pain, agony and suffering alter human behaviour, and that traumatising a large group of children and their parents serve to deter other people, even those fleeing life-threatening conflict zones, from trying to enter the US. The moral perspective is that the end justifies the means, even if the means include cruel and inhuman policies.

The idea is to cut all funding to the United Nations Relief Works and Agency (UNRWA), which, for the past 70 years, has been providing lifesaving assistance to more than five million Palestinian refugees in the Gaza Strip, West Bank, Lebanon, Syria and Jordan.

UNRWA's spokesperson, Chris Gunness, spelled out the repercussions of such actions: "Let there be no mistake," he said, "this decision is likely to have a devastating impact on the lives of 526,000 children who receive a daily education from UNRWA; 3.5 million sick people who come to our clinics for medical care; 1.7 million food insecure people who receive assistance from us, and tens of thousands of vulnerable women, children and disabled refugees who come to us."

Indeed, if the funding gap is not covered by other countries, Trump's decision will have a devastating impact on the lives of millions of Palestinians.

This experiment seems to have two distinct - if related - goals.

First, Trump apparently wants to see if a policy of destruction and anti-humanitarian intervention can be used as a peacemaking device in this protracted conflict.

This is an inversion of parts of the Oslo paradigm, where the European Union and other international players decided to spend hundreds of millions of dollars each year on Palestinian state-building projects. Even though Oslo's goal may never have been the creation of an independent Palestinian state, Palestinian life was still considered to have some value.

As it turns out, the idea informing the 1993 peace accords was to transfer control of a number of institutions and policies - such as education, healthcare, and food security - to the Palestinians in order to free Israel from the responsibility of managing the daily lives of the population it had colonised. And, while Israel abdicated responsibility for the Palestinian people, it continued to retain its hold over most of their land.

Trump's current idea, by contrast, is to simply force a "peace process" by destroying all of the institutions that modern states use to manage their population while bringing the inhabitants to the brink of social death.

Therefore, it is no coincidence that at exactly the same moment that Trump is cutting all funding from UNRWA, he has also decided to cut aid to the Palestinian Authority. The strategy is straightforward: the Palestinians must first be reduced to what Italian political theorist Georgio Agamben has called bare life in order to force them to accept the "great deal" that President Trump intends to offer them.

The experiment's second goal is to erase Palestinian refugeehood.

It is important to remember that UNRWA was set up to assist the 700,000 Palestinian refugees after the creation of Israel in 1948. Whether these Palestinians fled or were forcibly expelled from their towns and villages may be a point of contention, but there is no argument that, after the war had subsided, Israel refused to allow the Palestinians to return to their homes, thus violating article 11 of United Nations Resolution 194. This is how Israel created the refugee problem.

Today, the descendants of these refugees number over five million people and it was always assumed that their status would be resolved through the creation of a Palestinian state. Since it is extremely unlikely that a viable Palestinian state is a component of Trump's "peace deal", the strategy now endeavours to erase the vast majority of Palestinian refugees from the historical and contemporary record.

Parroting Prime Minister Benjamin Netanyahu's accusation of "fictitious" Palestinian refugees who threaten the state of Israel by perpetuating the right of return, Trump is currently claiming that only the people born and who had actually lived in Mandatory Palestine before the 1948 war - people who are now more than 70-years old - can be considered refugees. Their descendants cannot.

The logic here, too, is clear. If the funding to the agency that feeds millions of refugees is stopped, then they will no longer be considered refugees, thus paving the way for a deal on Israel's terms. Stopping US funding, in other words, merely attempts to reinforce the deranged post-truth reality that has become Trump's trademark: in this case, that refugees are not refugees.

While, the notion that property rights can be abrogated after one generation would seem anathema in Trump's business world, actually, viciously attacking the downtrodden fits perfectly with his modus operandi. His world view is perhaps best expressed in a recent tweet posted by his ally Netanyahu:

From Cambodia to China and all the way to Europe, the 20th century saw its share of experiments on humans, all of which had horrific consequences. Tragically, Trump is no student of history. He is trying hard to present his introduction of new experiments as the pursuit of a peace deal, but as Gideon Levy recently wrote in Ha'aretz, it is actually a declaration of war against the Palestinian people.

This opinion piece was originally published in Al Jazeera on September 3 2018.