A survey of the country’s party members has revealed glaring contrasts between rank and file Tories and their Labour, Lib Dem and SNP counterparts. 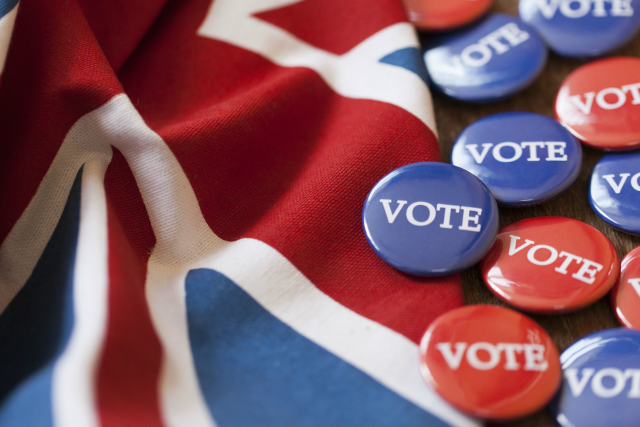 The findings of the survey are out today (4 January 2018) in Grassroots, Britain's Party Members [PDF 1,755KB], published by the Mile End Institute at Queen Mary University of London. The publication is based on a survey of Conservative, Labour, Liberal Democrat, and SNP party members following the June 2017 election.

While members of other parties favour a second referendum on Europe by overwhelming majorities (Labour 78 per cent, SNP 87 per cent and Lib Dems 91 per cent), just one in ten Tory members (14 per cent) agree. Nine out of ten members of the other parties support continued membership of the single market (Labour 87 per cent, SNP 95 per cent, Lib Dem 96 per cent) and the customs union (Labour 85 per cent, SNP 91 per cent, Lib Dems 95 per cent), but only a quarter of grassroots Tories would like to see such a soft Brexit (25 per cent favouring staying in the single market, 27 per cent in the customs union).

Poles apart on the economy

An overwhelming majority of Tory members (84 per cent) believe that schools should teach children to obey authority, compared with 31 per cent of Labour members and 38 per cent of SNP and Lib Dem members. Tory members are also considerably more sceptical about the benefits of immigration – and they are outliers on gay marriage, with only four in 10 supporting it compared to at least eight out of 10 members of other parties.

Members of all four parties are more likely to be male, older, middle-class, and white than the average Briton – but Tory members are even more unrepresentative than their counterparts in the other parties: for instance, 71 per cent are men, compared with 53 per cent of Labour members, 57 per cent of SNP members and 63 per cent of Lib Dems.

The average age of party members is 57 for the Tories, 54 for the SNP 53 for Labour, and 52 for the Liberal Democrats – and just one in 20 party members in the UK is aged between 18-24.  But the averages disguise some significant differences – not least that 44 per cent of Tory members are aged 65 or over, compared with 29 per cent of Labour members, 30 per cent of Lib Dem members and 32 per cent of SNP members.

Professor Tim Bale said: “Britain’s party members are the lifeblood and the footsoldiers of our democracy. But that doesn’t necessarily mean they look like or think like their parties’ voters – or, indeed, look or think like each other. The Tory grassroots in particular are something of a breed apart from their Labour, Lib Dem and SNP counterparts.”

Over 4117 members of the four parties in the study were surveyed a couple of weeks after the 2017 general election, 1734 of whom were also surveyed just after the 2015 general election. The publication is from the ESRC-funded Party Members Project, which is a collaboration between Queen Mary University of London and The University of Sussex. The researchers are Professor Tim Bale (Queen Mary), Professor Paul Webb (University of Sussex), and Dr Monica Poletti (Queen Mary).