Genocide against Rohingya in its final stage according to report 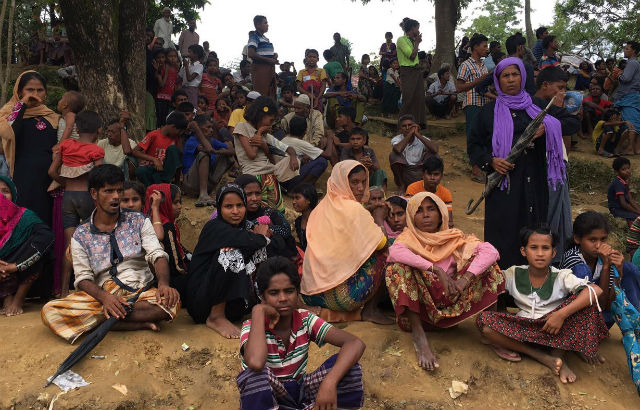 ISCI’s latest report, Genocide Achieved, Genocide Continues, is based on extensive interviews with survivors living in Bangladesh. It presents irrefutable evidence of the final stages of genocide; mass annihilation and symbolic enactment, both of which remove the victim group from the country’s collective history.

According to ISCI researchers, genocide is often characterised by violent harassment from security forces in times of crisis, including sporadic attacks against the stigmatised group. State propaganda is also used to stigmatise one group as ‘other’, desensitising the population at large so that they ignore, condone, and even participate in the genocide that is happening around them.

Interviews with survivors confirm that the onslaught launched in August 2017 was not a response to alleged attacks by Rohingya militants, as the authorities claim, but was in fact the planned final act in a genocidal process that has been going on for decades.

The report also details the tools of genocide that are being used against the Rohingya, including mass rape and gendered violence, something which has been denied by Myanmar’s government.

Professor Penny Green from Queen Mary’s School of Law and Director of ISCI said: “The parallels between the situation in Myanmar and other genocides are stark. The treatment of the Rohingya is reminiscent of that of the Jews in Germany in the 1930s.

“They have been ghettoised, denied the right to a livelihood, rounded up and executed. Now the Myanmar state is obliterating all trace of Rohingya and simultaneously re-making society in northern Rakhine state, the final stage of genocide.”

As early as 2015 ISCI researchers warned that state-led policies towards the Rohingya were tantamount to genocidal persecution. Over one million Rohingya are now living in temporary camps in neighbouring Bangladesh, which is described as the world’s most densely populated settlement of refugees. Those who do escape face further risk to life as a result of the squalid conditions in camps.

The new ISCI report calls on the international community to ensure that the humanitarian response is adequately funded to cope with the crisis and that the repatriation of Rohingya to Myanmar is prevented until their safety, security and human rights are guaranteed.

To find out more about the International State Crime Initiative please visit the website.