The Conservatives should be braced for a very difficult night when the London elections are held in May, according to a new poll out conducted for the Mile End Institute at Queen Mary University of London. 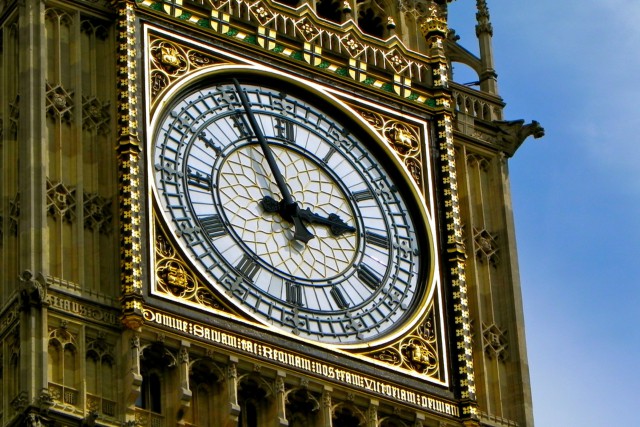 When asked about how they will vote in the forthcoming council elections, the poll finds Labour enjoying the support of 54 per cent of Londoners, compared to 28 per cent for the Conservatives. Labour’s vote share would be the highest any party has achieved in London council elections since 1968.

It puts Labour on target to win several Conservative-held councils including the iconic pair of Westminster and Wandsworth.

Philip Cowley, Professor of Politics at Queen Mary and Director of the Mile End Institute, said: “This is not just because inner and outer London have voted differently in the past – it is also because the swing from the Conservatives to Labour between 2014 and today is much greater in inner London.”

The scale of the swings seen means the Conservatives are currently on course to lose control of both Wandsworth and Westminster council to Labour. They would also lose Barnet.

The situation in Bexley is complicated by the fact the council is due to have boundary changes, but on vote share alone, the poll predicts Labour being just four percentage points behind.

Based on this poll, Hillingdon Council would remain Conservative controlled, although Labour would still win some seats on the council.

The Liberal Democrats are on to 11 per cent in the London-wide poll, almost identical to their vote in 2014, but they are up by two percentage points in Greater London where they have hopes in Conservative-controlled Kingston and Richmond.

Professor Cowley added: “On paper, these swings mean Kensington and Chelsea should remain safe for the Conservatives, but the post-Grenfell situation here means I would advise caution.  Basically, this poll means that the Conservatives are facing difficulties in almost every London council they still control.”

The poll shows Labour leading amongst both men and women voters in London, amongst all ages groups up to those aged 65+, amongst both ABC1 and C2DE voters, and amongst white and BME voters (albeit by just 5 percentage points with white voters). Despite recent issues over their stance on the EU, Labour also still lead clearly amongst those who voted Remain in 2016.

When it comes to the performance of their own council, more London voters think their own council is currently doing a good job (47 per cent say Very or Fairly Good) compared to 29 per cent who say Fairly or Very Bad.

Asked how they would vote in a Westminster election, Labour continues to command a comfortable lead, polling 53 per cent (-1 on September 2017, the last YouGov/Queen Mary poll) to the Conservatives 33 per cent (+3) and the Lib Dems (8 (+1).

Voters in London, as elsewhere in the UK, are unsure who would make the best Prime Minister. The top answer (36 per cent) is Don’t Know, followed by Jeremy Corbyn on 31 per cent (-1 since September 2017,) and Theresa May on 24 per cent (+2).

Sadiq Khan continues to enjoy high ratings with voters. Some 58 per cent said he is doing Very or Fairly well; 23 per cent say he is doing Fairly or Very Badly.

The data tables are available here

All figures, unless otherwise stated, are from YouGov Plc. Total sample size was 1,155 adults. Fieldwork was undertaken between 12 and 15 February 2018. The survey was carried out online. The figures have been weighted and are representative of all London adults (aged 18+). YouGov is a member of the British Polling Council and abide by their rules.