Professor Julian Jackson, a leading historian at Queen Mary University of London, has published a new book on Charles de Gaulle, A Certain Idea of France, which sheds new light on one of the most famous figures in French history. 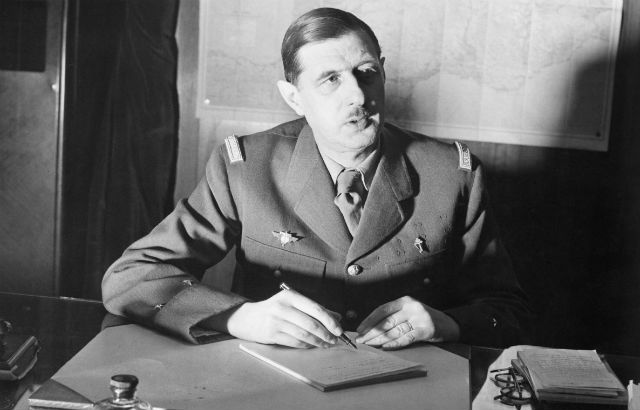 Professor Julian Jackson, Head of History at Queen Mary, has previously written about the former French president but this book is the first biography that has fully used de Gaulle’s archives. Since its publication, it has received widespread media attention.

A different side to De Gaulle

A Certain Idea of France: The Life of Charles de Gaulle, published on 18 June and described in The Telegraph as “scholarship of the highest class,” was a key output of an award from the Leverhulme Trust.

Professor Jackson said: “There is an image of de Gaulle as a person of great inflexibility. He is often remembered in the UK for his quarrels with Churchill between 1940 and 1944 and as the man who said ‘no’ to Britain joining the European Economic Community (EEC) in 1963 and 1967. However, I also uncovered a different side to de Gaulle through my research.

“He could be flexible, pragmatic and willing to adapt. There’s also an image of de Gaulle as being a cold figure but actually what I discovered was the he had an extraordinary capacity to listen to other people; he was a much more flexible than I first thought,” he added.

Charles de Gaulle twice vetoed the UK’s membership of the EEC in 1963 and 1967. At a press conference in 1963, he cited Britain’s economic and historical ‘peculiarities’, including its links to the United States as well as the Commonwealth, which, in his view, had the potential to impact upon the future cohesion of the Common Market.

At a meeting in 1967, de Gaulle further set out his case against Britain’s entry into the EEC. He argued that the country’s historical links to the Commonwealth and links with America meant that British entry into the Community would be destabilising and that Britain would be a divisive force amongst member states.

As Professor Jackson explains: “If you read the speech he made in 1963, where he vetoed Britain’s entry into the Common Market, much of what he said has proved to be true.

“In his speech a lot of the things he says negatively about Britain are very similar to the types of things that Brexiteers say positively. De Gaulle claimed that Britain was not fundamentally European and more linked to America. He thought Britain would be an American Trojan horse,” said Professor Jackson.

De Gaulle is everywhere in France: in memories, in street names, in monuments, in bookshops. As Professor Jackson himself writes in the opening lines of the book: “He has over 3,000 streets named after him, which puts de Gaulle ahead of anybody else. He is quite literally everywhere.

“De Gaulle’s influence is greater than similar political figures in the UK such as Churchill because he still casts a shadow. Churchill does not really have influence today, he is a memory of a great moment in history ­– as is de Gaulle for the role he played as leader of the Free French during the German Occupation of France – but de Gaulle also created the constitution that France still has today.