More than 120 leading economists have argued that the UK government’s treatment of the recent refuge crisis is ‘seriously inadequate, morally unacceptable and economically wrong. Yasmin Ibrahim, Reader in International Business and Communications co-authored an article for the conversation about the British government’s long standing attitude towards refugees. 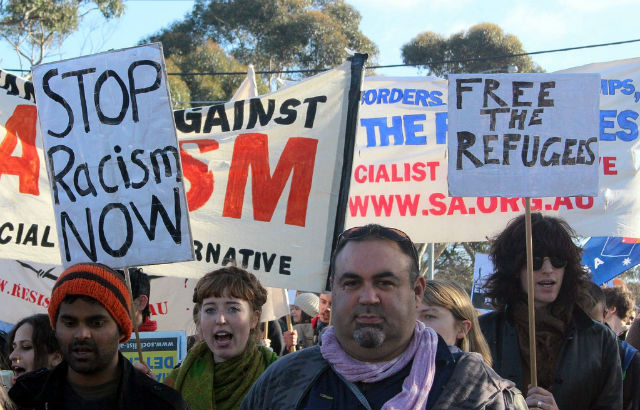 The British government’s lukewarm response to the recent migration crisis illuminates its cruel stance towards the persecuted in search of sanctuary – those seeking asylum in Britain are frequently treated in a dehumanising way, according to a recent report by the charity Refugee Action.

The Windrush scandal demonstrated the senseless brutality and racism in Britain’s policies towards immigrants from the Commonwealth. It also shone a light on Theresa May’s overt attempts to create a “hostile” policy environment towards immigrants since 2012, when she was home secretary.

Such events seem at odds with public portrayals of Britain’s distinctive “humanitarian tradition” of refuge. And they mark an incremental retreat from the ideals of sanctuary. This is clearly discernible in our recent research, which mapped a century of British legislation on asylum and immigration.

The project revealed a shift from hospitality to hostility towards refugees, and a steady erosion of the “proud” British tradition of refuge. Left behind is a hollowed out ideal, more myth than reality.

The principle of sanctuary was deeply rooted in the ancient practices of the classical world. For a millennium after the Holy Roman Empire codified Christian practices in civil and religious law, the papacy gradually built sanctuary into one of the most powerful forms of protection in medieval Europe. Secularisation and the rise of the modern state in medieval Europe marked a shift in who granted sanctuary, from church to state and by extension, from religious canon to political ideas.

The shifts coincided with three centuries of religious conflict, revolution and nationalism in Europe. States responded by reinstating border controls to keep the unwanted out and extraditing those deemed to be a threat, many to face torture and death.

Britain was the exception. It was seen in 19th-century Europe as epitomising the ancient ideal of sanctuary. Ministers openly refused requests from their European counterparts to extradite unwanted exiles for fear of alienating the public. The presence of French Huguenots, Russian anarchists and Hungarian nationalists captivated the romantic imagination of novelists, the media and the public.

The reality was harsher. Refugees were free to stay, but they were also free to starve. At times, the government also secretly paid to send the “unwanted” out to the colonies.

Yet, Britain offered refuge to those fleeing persecution from the 17th to the early 20th centuries where others did not – and this formed the initial basis of the British tradition of refuge. In reality, the tradition was not robust enough to survive mass forced migration of Russian Ashkenazi Jews from the 1880s and then the subsequent loss of the empire in the 20th century.

The 1905 Aliens Act, which reinstated borders and legally defined asylum for the first time, was to set the tone for the next 100 years of increasingly repressive legislation, while still holding to the myth of asylum.

Successive governments since 1905 used a variety of techniques to negotiate the contradiction between the cultural myth and proposed legislation. As we tracked in our research, narratives of deviance recast the refugee as a suspect figure, a racialised parasite and a threat to security. By publicly stigmatising those seeking refuge in Britain, politicians have delegitimised the claims of many who have genuinely fled for their lives.

The 1905 act did so by distinguishing the desirable refugee from the undesirable. Subsequent governments followed suit through labels such as “illegal migrant” and by pitting the “bogus” asylum seeker against the genuine one.

British lawyers helped draft the original international treaties of refugee protection in the immediate aftermath of World War II and to frame the ideals they encapsulated. However, the original treaties were highly racialised. The definition of a refugee was limited to those displaced by war in Europe, effectively excluding those fleeing conflict in Africa or bloody partition on the Indian sub-continent. This created a racial demarcation.

In the 1960s, British negotiators, fearful of an influx of refugees from newly liberated colonies, resisted moves for an expanded definition of the word “refugee” that would include anyone anywhere fleeing for their lives. Having lost the international argument, when the international definition was expanded in 1967, Britain turned to domestic legislation to restrict the number of refugees seeking entry.

This was most notable in successive legislation in the 1960s and 1970s. New laws denied Commonwealth citizens the right to live in the UK unless they had a parent or grandparent born British. While Commonwealth citizens could still apply for asylum, they could no longer assume they would be granted it.

Overnight in 1968, 200,000 Asians fleeing repression in Kenya were stripped of the right to protection in Britain and denied entry, rendering them stateless. Four years later, the UK accepted 27,000 Ugandan Asians expelled by the country’s dictator Idi Amin suggesting a capricious arbitrariness to making immigration policy.

Humanitarianism, but not at home

Britain holds onto its humanitarian and philanthropic image by pouring billions of pounds into UN refugee camps near conflict zones, most recently in Jordan and Lebanon, while adopting harsh and conflicting policies to dispel those who make it to the shores of Europe. Aid has enabled the British government to outsource humanitarian refuge to others while assembling one of the largest systems of immigration detention in Europe.

The romanticised ideal of a British tradition of humanitarian refuge has been a moral veneer to enact ever more brutal and violent policies towards the figure of the refugee. All this hammers home the sad truth that May’s “climate of hostility” towards immigrants and refugees is not new. Rather hostility has emerged and solidified through harsh, brutal and xenophobic policies enacted by different governments over the last century.

This blog was originally published in The conversation on June 7 2018.