Academics call for a new discourse on migration

Queen Mary University of London is leading a research group in support of human rights and fundamental freedoms of all migrants. 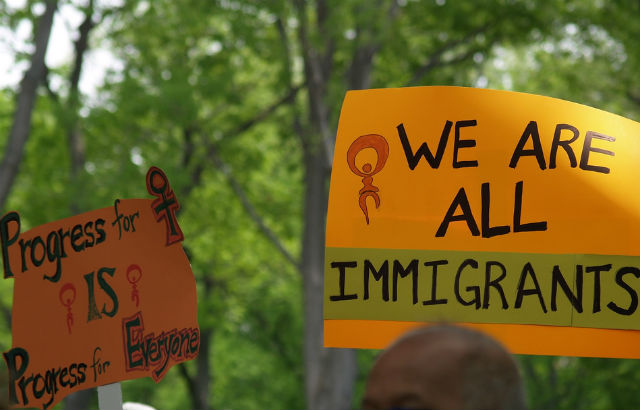 In December 2018, the United Nations General Assembly is expected to adopt the Global Compact for Safe, Orderly and Regular Migration (GCM). This agreement means that states will commit to protecting the safety, dignity and human rights and fundamental freedoms of all migrants.

In support of this, academics from Queen Mary’s School of Law have set up the Global Compacts Research Group, organised in collaboration with Loughborough University and the British Institute of International and Comparative Law (BIICL).

Participants of the most recent workshop included representatives from a wide variety of institutions ranging from national parliaments, non-governmental organisations and academic institutions. Together they have published a report calling for a new discourse on migration.

A global response to a global issue

The UN’s ratification of the GCM represents an important milestone in recognition of migrant rights and is the culmination of a process which started in September 2016.

In a marked change from previous policies, the implementation of the GCM will be undertaken by States in cooperation with a wide range of non-State institutions and stakeholders. This is the first time that such a multilateral commitment to implementation has been made at the UN level. In addition, at a time when populist and anti-immigration rhetoric is on the rise, the commitment by States to encourage ‘safe, regular and responsible’ migration sends an important message.

Elspeth Guild, Professor of Law at Queen Mary said: “The Global Compact Migration is a new opportunity for the international community to deliver on their human rights obligations to everyone, including migrants. The over 45 references to human rights in the Compact provide an unambiguous commitment by all states to put their obligations into practice and ensure human rights protection for all migrants irrespective of legal status.”

The report argues that the topic of immigration has become so toxic in the UK, as well as many other developed countries, that it is difficult for Members of Parliament to broach the subject with constituents. It recommends that local actors and advocacy organisations work together with migrants and people in local communities to increase common understanding and mutual empathy.

The research group also found that the concept of equality was often misunderstood. The report states that equality is often understood and described as a limited supply of rights, which will diminish if extended to everyone. Instead it calls for an understanding that equality of migrants and citizens is beneficial to everyone and ensures the greatest respect for human rights.

“The Global Compact for Migration is also remarkable for placing responsibility for its implementation directly in the hands of local authorities and communities. By doing so, the Compact can become a significant opportunity to build knowledge where people live and challenge the more problematic and abstracted views of international migration,” she added.