An innovative theatre project and a game app have been presented by Queen Mary University of London (QMUL) researchers at the British Science Festival as new ways to help teenagers with asthma. 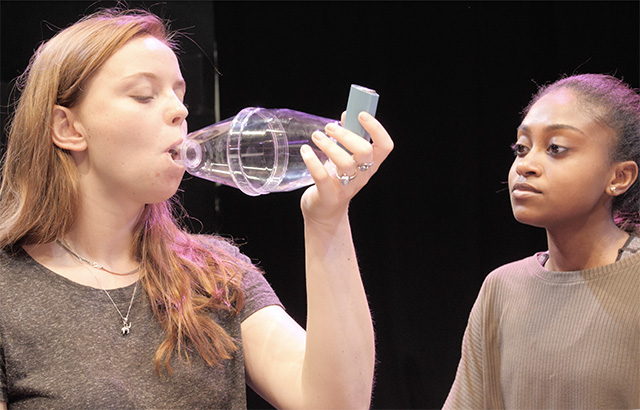 Asthma is the most common chronic condition in young people, with about 1 in 11 affected by it in the UK, and mortality from asthma is higher in the UK compared to other western European countries.

Previous research from QMUL’s School-based Asthma Project (SAP) found that almost half of 11-18 year olds with asthma are not controlling their condition well.

The team collected questionnaire data from 766 students (age 11 to 18) with asthma. 46 per cent of participants had suboptimal control, yet 42 per cent of these believed their asthma was well controlled. Many said they don’t feel understood, some feared ridicule and others reported being bullied.

To tackle the social stigma of having asthma, the team have been working with Greenwich & Lewisham Young People's Theatre (GLYPT) to create an interactive theatre project called ‘In Control’, which had its debut in several London secondary schools in the summer of 2017. 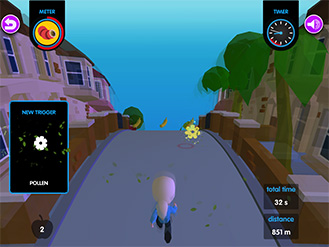 The theatre project, which is described in a new article in The Lancet, is performed in front of whole school year groups (years 7 and 8). The protagonist of the play is a cool and confident girl, who hides that she has asthma from her friends.

During the play, it becomes increasingly difficult for her to keep the condition secret. The stress makes her asthma symptoms worse. Finally, she collapses with a severe asthma attack. The audience then takes over to give her advice. The actress stays in role and two facilitators direct the following discussion.

Dr Gioia Mosler from QMUL said: “It was an amazing experience seeing the direct emotional effect that a play can have on these school groups. We have been hugely encouraged by the initial reactions to this project and we are already starting to study how effective this kind of intervention can be to help young people deal with their asthma.” 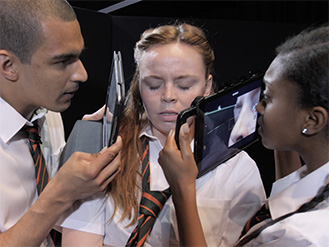 The team have also launched a game on the Apple app and Google Play stores called ‘Asthma Dodge’ to help young people learn about asthma in a fun way. Produced in collaboration with Centre of the Cell, a science education centre based at QMUL, the game involves taking the role of a young person with asthma, trying to run as fast as possible, while dodging asthma triggers which might slow them down.

The game introduces several concepts about the condition, for example what asthma does in your airways, how different medication acts, and what types of triggers for asthma symptoms there are.