Some common assumptions about the nature of multiple sclerosis (MS) are being challenged in two new studies led by Queen Mary University of London (QMUL) that analyse the brains and spinal cords of patients. 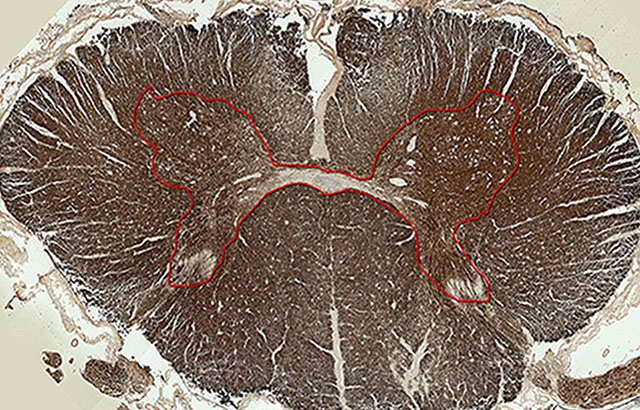 Surprising findings of MS in the brain

Research published in the journal Neuropathology and Applied Neurobiology has established for the first time the extent of brain cell loss in a person with MS over their life.

By dissecting and analysing brain tissue from nine people with MS and seven healthy people, they found that the average number of neurons was 14.9 billion in MS versus 24.4 billion in controls - a 39 per cent difference. The density of neurons in the brains with MS was smaller by 28 per cent. 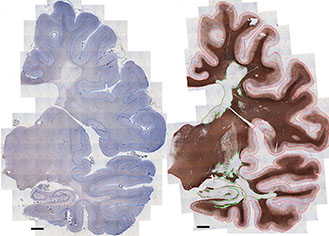 The study also looked at extent of ‘demyelination’ - the process by which the nerve fibres’ protective covering (myelin sheath) is lost in the brain and spinal cord. Surprisingly, the team found that demyelination may not be as good an indicator of disease progression as previously thought.

What the team found instead was that the number of neurons was strongly associated with the thickness of the cortex of the brain. This is something that can be measured by MRI, so the decline in cortex volume could be detected in a living patient and then used to predict their loss of neurons.

Lead researcher Dr Klaus Schmierer from QMUL’s Blizard Institute said: “Given that we found no association between neuronal loss and demyelination, trying to detect demyelinating lesions in the cortex – an area of research strongly driven by the availability of high field MRI systems – may be of lesser importance than measuring cortical volume and getting on with early active treatment.”

It is commonly thought that in MS, the loss of axons (nerve fibres) contributes to the chronic disability found in many patients. This has led to the wide use of MRI to measure the cross sectional area of the spinal cord in order to predict disability. 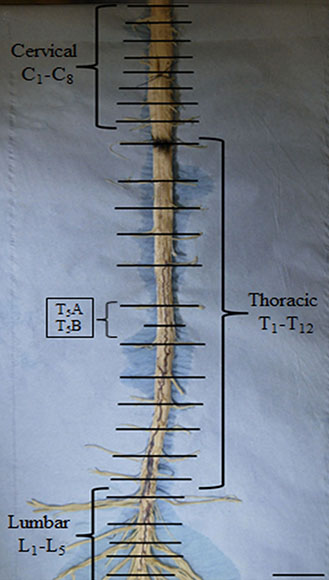 But a study published in the journal Brain Pathology has now sampled spinal cords of 13 people with MS and five healthy controls, and found that spinal cord cross sectional area is not a good predictor of axonal loss.

“The nature of the spinal cord as a highly organised and largely autonomous network needs to be appreciated. We need to identify other factors which – over and above axonal loss – determine the collapse of the spinal cord network and lead to the functional deficits seen in MS.

“In spinal cord trauma, people with less than 10 per cent of their spinal cord axons may still have useful lower limb movement, but in MS, patients with as much as 40 per cent of their axons retained, as shown in our study, are almost invariably wheelchair bound. So there is clearly something happening here which we’ve yet to understand.”

The researchers say that finding other factors that cause the chronic disability seen in MS could help identify targets for new treatments.

News story: A change of scenery for a Dentistry student
22 May 2020