For women who miss a breast screening appointment, giving a fixed date and time for a new appointment could improve poor attendance and be a cost-effective way to shift national participation trends, according to an analysis led by Queen Mary University of London (QMUL). 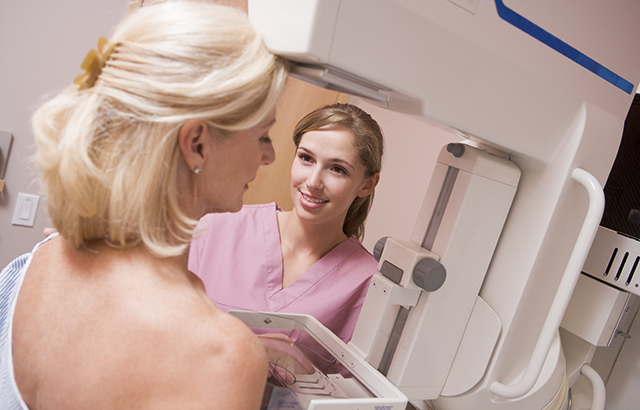 In England, participation in breast cancer screening has been falling in the last ten years, getting close to the national minimum standard of 70 per cent, with screening particularly low in areas of socioeconomic deprivation.

The NHS Breast Screening Programme (NHSBSP) invites women aged 50-70 to mammographic screening every three years. The usual practice for those who don’t attend their first offered appointment is to issue them with a second invitation letter. Some centres supply ‘open’ invitations, asking women to telephone to make an appointment, while others send an invitation with a fixed date and time, requiring no effort from the invitee to book an appointment.

To test how effective each approach is, a randomised controlled trial took place in six NHSBSP centres in England, involving 26,000 women who had not attended their last appointment.

Lead researcher Professor Stephen Duffy from QMUL's Wolfson Institute of Preventive Medicine said: “We often feel that it is too difficult to change people’s behaviour, and we should just let people do what they do. But this study seems to indicate that fairly simple changes do substantially change behaviour, and can increase the rate of participation of screening.”

Offering timed appointments could also be cost-effective if applied when overbooking appointment slots.

Professor Duffy explained: “Clinics currently overbook appointments to take account of the fact that those invited don’t all turn up, but these decisions sometimes have to be made on incomplete information. This study helps estimate how likely it is a previous non-attender would show up to their second timed appointment, and could be used to aid decisions on how much to overbook on those time slots.”

The study was funded by the National Health Service Cancer Screening Programmes and Department of Health Policy Research Programme.

Although the six sites were spread across England, a limitation of the study is that they might potentially not be representative of the English population overall.