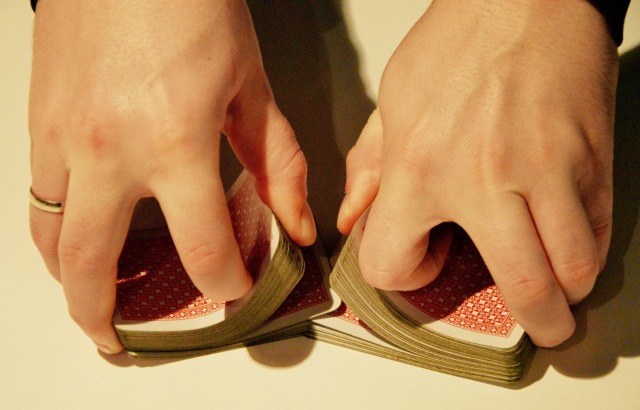 The computer automatically sources and processes associated words and images required for the novel mind reading card trick which is performed by a magician.

Previously psychological experiments on participants would need to have been carried out by the magician to reveal how the human mind associates certain words and images, but the AI can complete the same job by searching through the internet.

The computer is able to assist in a creative task by taking over some of the workload during the design of the trick and by acting as an aid to prompt further creativity as it can uncover suggestions the magician may not have considered.

The researchers hope this study will introduce the use of computer technology as a natural language data sourcing and processing tool for magic trick design purposes.

The science of magic

Professor Peter McOwan from QMUL’s School of Electronic Engineering and Computer Science, and co-author of the study, said: “This research is important, as it provides further evidence that computers can be used as aids in creative tasks. Particularly, it contributes to the relatively new field of the science of magic, placing magic in a similar research realm to music and other arts, and worth of investigation and exploration on its own terms.”

He added: “New magic tricks are constantly being created. This research provides the magic community with another tool to use to this end, and the scientific community with some further insight into the possible uses and implications of applied computational creativity.”

The trick is performed with a set of custom playing cards consisting of matching words and images supplied by the computer. During the performance the spectator chooses from two shuffled decks an image card and a word card that form a good match, which the performer can predict thanks to the mathematical properties of a deck of cards and the way the human mind makes mental associations.

Similarly the matches of words and images suggested by the algorithm would need to be filtered by the magician before they could be used in the trick.

Dr Howard Williams, co-author of the paper, said: “The association trick is still very much the result of a human creative act, though a computer now stands in as a significant proxy for some of the process.

“Overall, the effect for the spectators is magical, and has been brought about by the blending of human and computational design processes.”

Instructions and cards for the trick are available to download.