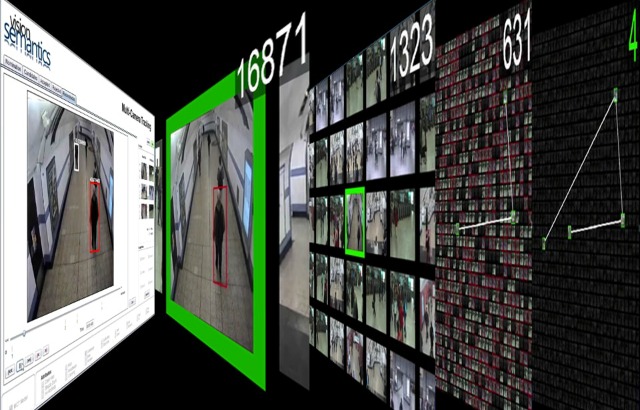 SeeQuestor was announced as the winner of the twelfth annual ADS Security Innovation Award by Minister for Security Ben Wallace MP, at a ceremony in Farnborough.

SeeQuestor quickly scans hours of CCTV footage and can identify critical leads for criminal investigations, significantly reducing man hours. The software was developed with input from leading British police teams who review video data 24-7, and can deliver results up to 100 times faster than current technology methods.

Shaogang Gong, Chief Scientist at Vision Semantics Ltd and Professor of Visual Computation at QMUL, said: "We are delighted by this news. In winning this award in a very competitive market, the commercial system built on Vision Semantics' patented video analytics technology beats some world-leading products including QinetiQ's latest SPO-NX system built for the US Transport Security Administration. This consolidates the rapidly gained reputation of this video analytics technology among end-users in the US, UK, Australia and India. We are very excited by the future prospects."

SeeQuestor works as a powerful analytical tool set, enabling officers to sift through footage much more effectively, detecting faces, bodies, clothing and movement as well as providing geo location information on a dynamic map, and a motion detection filter.

Tristram Riley-Smith, Chairman of SeeQuestor, said: “SeeQuestor was created to answer a critical need of law enforcement agencies: to improve the costly and time-consuming process of reviewing video footage. We deliver radically faster video intelligence. Our platform is built on cutting-edge British research, and we will continue to push the boundaries of what is possible through the use of machine learning to develop new analytical tools.”

The annual ADS Security Innovation Award identifies and celebrates innovation across the UK’s security industry. By recognising new solutions and capabilities, it is hoped companies will be encouraged to continue investing in driving up the ingenuity that enables UK businesses to compete successfully in tough global markets.