Innovative research looking at the timing and sequence of bird calls could provide new insight into the social interaction that goes on between birds. 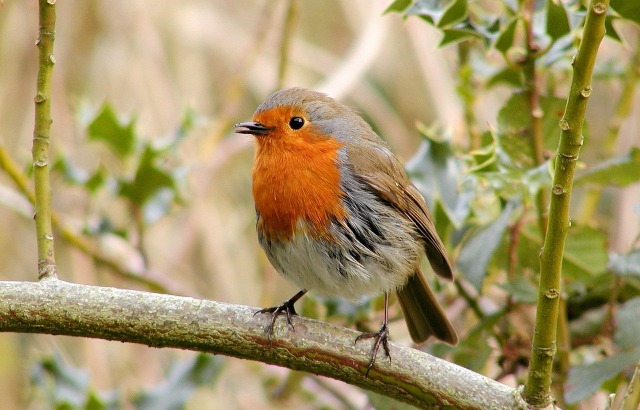 It will also help teach machines to differentiate between man-made and natural sounds and to understand the world around them.

The work is being led by Dr Dan Stowell, a research fellow in machine listening at Queen Mary University of London (QMUL). It is supported through an Early Career Fellowship from the Engineering and Physical Sciences Research Council (EPSRC).

In August 2015, Dr Stowell’s technology was released to the public in a smartphone app called Warblr. Users record the sound of a bird on their mobile device and the app analyses the sound, matches it with patterns of bird calls in its dataset and provides a list of possible species that the recording matches.

Dr Stowell is now building on this work to take the computer analysis of the sounds that birds make to a new level, to discover more about what messages are being communicated and who is dominating the conversations that are going on.

“Traditionally you would take explicit measures of things like how long is this sound, what frequency is that sound?” says Dr Stowell. “To go beyond this we use modern machine-learning methods where you don’t necessarily know how a computer has made a decision about a particular sound, but by training it, which means showing it lots of previous examples, we can encourage a computer algorithm to generalise from those.”

“We have put the timing of the calls together with acoustic analysis of the content of the call, for instance whether it is a short or long call. We examine factors such as does the probability of one bird calling increase or decrease after another bird calls or is there a more subtle interaction going on? Working out how strongly each bird influences another helps us to build a picture of the communication network that is going on in that group of birds.”

In the longer term Dr Stowell’s work could be used in a variety of areas, from deciphering the dawn chorus to how climate change is affecting bird migration patterns. It could be used to identify what is happening in historic birdsong recordings kept in places such as the British Library. It will also improve our understanding of the way other animal groups are socially organised and how human language evolved.

“In addition, we actually have quite a lot of applications in which machines are going to need to understand the world around them through sound as well as through vision,” says Dr Stowell. “Whether it’s self-driving cars, mobile phones or monitoring CCTV, what this work can feed into is a wider-ranging understanding and analysis of an ordinary sound environment.”

The Great British public are also playing an important role in Dr Stowell’s research. Since its launch, the Warblr app has led to the collection of more than 25,000 recordings from across the UK. But there is an element of unpredictability as a quarter of these recordings are not of actual birds but are instead people imitating the birdsong they have heard. These human imitations of birds are being used to teach computers not only how to distinguish between authentic and imitation bird song, but also how to separate them out from other types of sound, ranging from the ringing of a phone to the crying of a baby.

“This Big Data / Citizen Science aspect will contribute to the machine learning work, to help a computer analyse whether a particular sound is or is not made by a bird,” adds Dr Stowell. “There are people creating projects right now where they have unattended microphone systems in a forest, that are recording and trying to identify which birds occur where. In order to be able to do that in any sort of scaleable way we’re going to need algorithms that can say ‘yes that is a bird’ or ‘no that is just a tree creaking in the wind’.”

EPSRC has produced a podcast with Dr Stowell explaining the research.