Queen Mary University of London (QMUL) has been awarded a £1m grant to help set-up a world-leading centre of excellence for nuclear robotics in the UK. 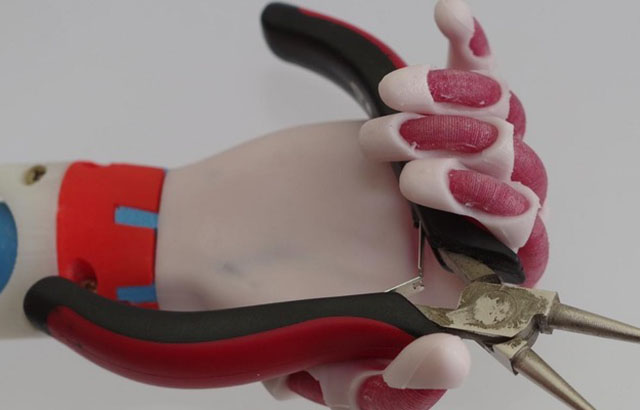 The funding has been given by The Engineering and Physical Sciences Research Council (EPSRC) to The Centre for Advanced Robotics @ Queen Mary (ARQ).

It will go towards the creation of the National Centre for Nuclear Robotics (NCNR) which is a multi-university project* that has received funding and contributions totalling £40m** to bring together a diverse consortium of experts in robotics, AI, sensors and radiation resilient embedded systems to address nuclear waste problems.

Cleaning up the UK’s 4.9million tonnes of legacy nuclear waste is the largest and most complex environmental remediation task in the whole of Europe, with projected costs in excess of £115Bn and perhaps as high as £220Bn, over the next 120 years [NDA, 2015].

Much of this must be done by robots because the materials are too hazardous for humans, but many of the necessary robotic solutions remain to be developed.

Professor Kaspar Althoefer, from ARQ, said: “The EPSRC funding provides us with an excellent opportunity to develop a variety of robotics capable of tackling the UK’s nuclear waste problem. We have a duty to eliminate the need for humans to enter such hazardous environments wherever technologically possible and the research at the NCNR Hub will apply to other industries where this is also a necessity.”

To decommission UK alpha-contaminated (e.g. plutonium) facilities without major robotics innovation would require one million human worker entries in air-fed plastic suits - with a chance of multiple injuries or deaths, despite a rigorous safety culture.

All such plastic suits and ancillaries become secondary nuclear waste, typically 10-12 times the volume of the original waste material being dismantled, massively increasing the cost of waste storage and disposal for the tax payer.

Developing nuclear robots controlled remotely by humans would eradicate the need for this.

While a key focus is nuclear decommissioning, the research will also develop robotics and artificial intelligence for maintenance of live nuclear plants and the building of new reactors. Additionally these will be applicable across three Extreme Environment (EE) domains identified by EPSRC (off-shore, space, mining), or even used in bomb disposal, fire-fighting, and chemical and mechanical manufacturing.

The £1m grant will be used by ARQ, which was officially inaugurated in June 2017 at an event showcasing robotics research at the university, as part of UK Robotics Week.