A research paper by Queen Mary University of London (QMUL) announcing the discovery of the nearest potentially habitable planet to the Solar System has been shortlisted for The Guardian University Awards 2017. 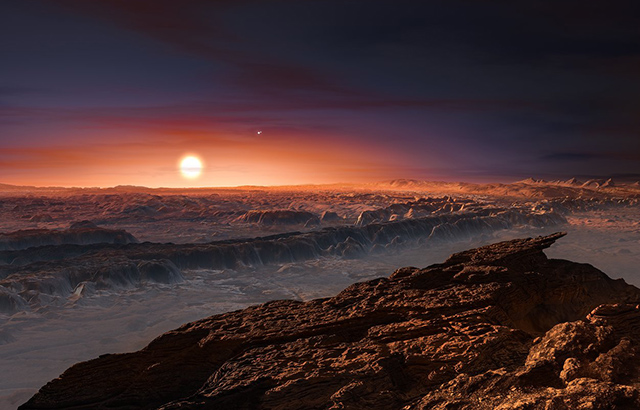 ‘A terrestrial planet candidate in a temperate orbit around Proxima Centauri’, which was published in the journal Nature in August 2016, has made the final three for the Research Impact category.

The study, led by Dr Guillem Anglada-Escudé from QMUL’s School of Physics and Astronomy, details the discovery of an Earth-sized planet in the habitable zone orbiting Proxima Centauri, the closest star to the Sun.

The discovery launched Dr Escudé into 'Nature’s 10', an annual list that highlights researchers from around the globe who have made an impact across a number of scientific fields.

The project, known as Pale Red Dot, involved a team of 30 scientists from eight countries, and suggested the planet, called Proxima b, may be the closest possible home for life outside the Solar System.

Using facilities operated by ESO (the European Southern Observatory) and other telescopes, the research reveals a world with a similar mass to Earth orbiting around Proxima Centauri.

Proxima b orbits its parent star every 11 days and has a temperature suitable for liquid water to exist on its surface. This rocky world is a little more massive than the Earth, and is the closest planet outside our Solar System.

The announcement made front pages of many international newspapers and featured in the BBC News, The Washington Post, and The New Yorker as well as appearing in broadcast and other print media around the world.

Winners of the Guardian Higher Education Awards will be announced at a ceremony on Wednesday 29 March at LSO St Lukes, an 18th-century Grade 1 listed Hawksmoor church in Old Street, London.