What is the Wind in Europe’s Sails?

This week European Commission President Jean-Claude Juncker claimed that the 'wind is back in Europe's sails'. Andrew Hines from QMUL's School of Languages Linguistics and Film takes a look at his use of metaphor and asks, what force will push Europe forward? 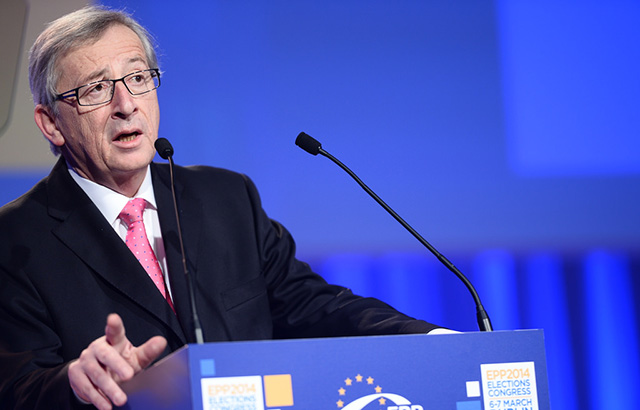 In Wednesday’s state of the union address to the European Parliament, President of the European Commission Jean-Claude Juncker declared that “the wind is back in Europe’s sails.”

There has been a “wind change”, he says, shown by a number of economic changes such as the European Investment Plan which has triggered €225 billion worth of investment and a decline in public deficits from 6.6 to 1.6 per cent. A seemingly impressive wind change indeed.

The metaphor of the ship of state is very old and it harkens at least as far back as Plato’s Republic. In Plato’s use of the metaphor, the sailors on the metaphorical ship are divided against one another, each thinking they should steer and they try all manner of persuasions to get the old ship owner to let them take control.

As is often the case with Plato, the philosopher in this metaphor appears as the navigator, and is the one who is actually skilled enough to steer because he knows that one must pay attention to the seasons, the stars, and the force of the wind to steer a ship. Plato believed in ‘philosopher kings’ who should rule a state because of their superior wisdom and while we may question this in modern day western democracies, the knowledge the navigator has in Plato’s metaphor does beg a serious question of the state of the Union speech: does Juncker understand the wind?

The need for common ground and unity

While the EU’s economic recovery is certainly impressive, it alone cannot be the wind in Europe’s sail. Juncker knows this and as has always been the case with Europe, Juncker’s metaphor refers to an ideal. Just as Europe is a largely imagined place, so too is the ideal force behind economic change. The need for common ground and unity are the real messages of the speech. This is the hidden wind that Juncker is speaking about. Over and over again, Juncker commends the member states of the EU on coming together and their response for his call to unity a year ago in the wake of Brexit.

If Marine Le Pen had won the French election or Geert Wilders had a more significant victory in the Dutch election in March, the tear in Europe’s sail that was Brexit would have unravelled the whole length of the mast. This was certainly on Juncker’s mind when he said that “Brexit is not the future of Europe. It is not the be all and end all.”

Urging the member states on he said that, “We cannot let ourselves be blown off course,” as he lists the five items he envisions the member states coming together around: trade, industry, climate change, security in the digital age and migration. Then, continuing the sailing metaphor, Juncker appeals to a common set of values as the EU’s compass: freedom, equality, and strength of law.

However, one wonders if Juncker is reading the wind correctly because what is absent from his speech, perhaps intentionally, is that the very values he needs the member states to unify around are those that caused such divisions over the last year. These were the real divisions in the post-Brexit waters.

Dealing with divisions between member states

Marine Le Pen and Geert Wilders both troubled the water over their controversial interpretation of issues surrounding things like free speech, immigration, and the common market. Less than a year ago, commenting on immigration, Wilders made headlines by declaring that Islam and freedom are not compatible and Le Pen further took the wind out of the EEC’s sails saying that the Euro was a “knife in the ribs” of the French.

Many times, the social and economic divisions were seen to be the same. In the platform Marine Le Pen ran on, the need for job creation was seen by her populist base to be deeply tied to issues of immigration and European identity.

Macron’s victory in France might suggest that, for the moment, a ‘Frexit’ might be stayed. But what is far from healed is the division in interpretation of human rights, immigration and the common market amongst the populations of various member states. In light of the stresses of the last year, one wonders if Juncker, as the would-be captain, suspects this and is trying to breathe wind into Europe’s sail with grand rhetorical gestures.

While Juncker states that Brexit is not the “be all and end all” of the EU, the divisions that erupted in the public eye in the wake of Brexit will make it so if unity is not achieved around both Europe’s values and its economic flourishing. Economics cannot exist in a bubble. Otherwise Europe’s ship of state will find itself dead in the water.