To me, golliwogs are racist – but a tearoom tangle and a new poll shows Britain disagrees

Professor Tim Bale writes for The Conversation on a study that reveals the majority of British people don’t really have a problem with golliwogs. 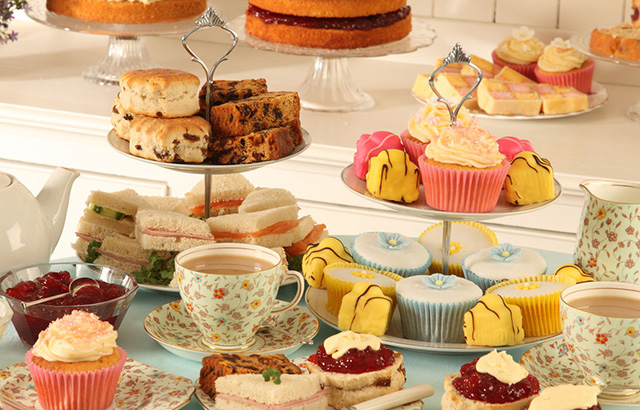 There is a café at the foot of the South Downs. On the wall hangs a golliwog. And that bothers me. So much so that, on discovering it a few weeks ago, I got into a heated argument with the owners which resulted in them calling the police, me contacting the council, and, in the end, nothing whatsoever happening.

That’s because the owners are adamant that they won’t be told what to do. Said golliwog has never caused offence before. Moreover, and in spite of the fact that, apparently, the stuffed toy originally came into their possession because someone left it outside the café to cast a racist slur against them (one of the owners is a Greek immigrant), it definitely isn’t racist.

I beg to differ. Although, as a child in the sixties and seventies, I grew up with golliwogs – on the sides of Robertson’s jam jars, in Enid Blyton’s books, in toyshops – I don’t think I actually owned one. And as I grew up, I fairly quickly came to realise – as eventually did Robertson’s, Blyton’s publishers, and maybe even former prime minister Margaret Thatcher’s daughter, Carol – that they were inescapably demeaning to black people.

Obviously, readers can make up their own minds – perhaps after consulting this excellent primer on the golliwog produced by Ferris State University’s Jim Crow Museum of Racist Memorabilia, which uses objects of intolerance to teach tolerance and promote social justice.

What no one should do, however, is to go away with the idea that, if they end up on my side of the argument rather than on the side of the café owners and sundry other seaside shopkeepers, then they’re in the majority – not if they live in the UK in 2017 anyway.

But the answers also reveal big differences driven by demography, education, ethnicity, and political preferences. Indeed, the “golliwog test” might have been a pretty good predictor, for instance, as to whether someone was going to vote for or against Brexit.

The older you are, the less likely you are to have a problem with golliwogs. Some 70% of over 65s think it’s acceptable to sell or display one and 80% of them are convinced that doing so isn’t racist. The figures for 18- to 24-year-olds are just 24% and 34% respectively.

Education seems to make a difference, too – although not as big as you might think. A plurality, but only a small one, of graduates (40% vs 37%) think it’s unacceptable to sell or display golliwogs. And when it comes to whether doing so is racist, that plurality is reversed: only 31% of graduates think it is, as against 47% who think it isn’t.

Less surprising, perhaps, are the stark differences with regard to ethnicity. Some 55% of white respondents think selling or displaying a golliwog is acceptable, as opposed to 29% of their ethnic minority counterparts, 43% of whom consider it unacceptable. That said, only a minority (albeit a substantial one) of the minority respondents (32%) think doing so is racist, compared to just 19% of white respondents, 65% of whom think it isn’t.

Most eye-catching of all the survey’s findings, however, is quite how differently the issue is seen by those who voted to leave and those who voted to stay in the EU in June 2016. Displaying or selling a golliwog is seen as acceptable by almost twice as many leavers (72%) as remainers (37%). And some Now, no one – least of all me – is arguing that we judge whether a symbol or stereotype is or isn’t unacceptable or racist according to whether a majority or plurality of people think it is. It’s perfectly legitimate to argue that something is (or is not) racist, irrespective of public opinion. Conversely, it is equally possible to argue that, if a minority group feels demeaned by a symbol or stereotype obviously aimed at them, then that symbol or stereotype is demeaning whether or not others regard it as such. An awareness – implicit or explicit – that this may be the case is presumably why a few respondents to the survey don’t see displaying or selling a golliwog as racist but nevertheless think it’s unacceptable to do so.

Of course, what is and isn’t considered offensive or racist is socially constructed and reconstructed over time and space. Why is a golliwog, for instance, deemed acceptable when a stuffed toy based on a caricature of other enslaved racial minorities probably wouldn’t be? And could we – should we – try to change people’s views on golliwogs by telling them more about their origins?

Then there’s the whole debate around whether racist slurs can somehow be appropriated and turned around by those they were originally used to offend, with the paradigmatic example being the use of the N-word by (some) African Americans. Yet, even if you’re convinced that such reappropriation somehow works, how far can it be taken? Put bluntly, can a Greek really reappropriate a golliwog?

Finally, there is the question of property rights and free speech. In this case, the café owners, were they ever to see the results of this poll, would see that around a quarter of their potential customers would find something they’re doing unacceptable and that a fifth would find it downright racist. But if they chose to carry on regardless, taking any potential opportunity cost on the chin on the basis of their right to do as they please with their own business, should public policy support or constrain that right?

Answers on a (seaside) postcard, please.

81% of leavers are convinced that doing so isn’t racist, compared to 48% of remainers.