Harriet Phillips, Research Associate at QMUL's School of English and Drama, writes for The Conversation about the fascinating legacy of 17th century polymath Thomas Browne. 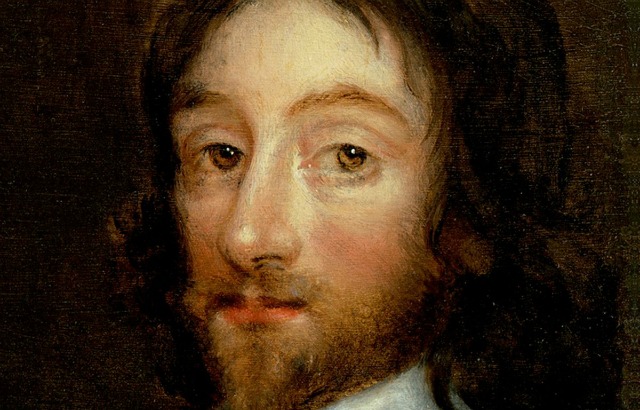 We are living in a golden age of popular science. Multiple television and radio programmes, best-selling books, well-attended science festivals around the world – all reveal the apparently limitless public appetite for learning about science.

Prominent scientists like Richard Dawkins and Steven Pinker write best-sellers explaining the secrets of evolutionary biology and psychology to the public, while the life of the theoretical physicist Stephen Hawking has been the subject of a multiple-award-winning biopic. There is even supposedly a “Brian Cox effect”. The books and media appearances of the pop keyboardist-turned-particle physicist, Professor Cox, are credited with a 20 per cent rise in students taking A-level physics since 2008, and even more astonishingly, a massive 52 per cent increase in applications to study physics at university in the same period.

While this boom might suggest that we are at peak enthusiasm for popular science, the phenomenon is at least as old as the scientific revolution. Doctor, writer, and all-round polymath Thomas Browne (1605-1682) is now better known for his literary work but in his own time was legendary as the greatest – and first – scientific populariser of his day.

Browne’s best-selling Pseudodoxia Epidemica, or Common Errors, debunked myths in botany, geology, geography, anatomy, and zoology, as well as history and scripture. Going through seven editions during his lifetime and translated into several European languages, it made him the first public “expert” and a pioneer of popular science.

Of ostriches and men

Common Errors is a landmark work of myth-busting. In it Browne tackles important questions such as: do elephants have knees? Why do we say “bless you” when we sneeze? Is the earth a magnetic body? Did Jesus have long hair? Who would win in a fight, a toad or a spider?

These questions were often deliberately provocative, a kind of 17th-century intellectual clickbait. Was the forbidden fruit an apple, he asks (and why, when there are so many nicer and more tempting fruits)? The answer, as is usual for Browne, revolves around complex questions of translation and etymology – but the lead-in is daringly playful. This is typical of the way the book brilliantly introduces to its readers to cutting-edge developments in science and other fields of learning. Browne’s learning rests on his vast reading and extensive experimental data (his notebooks record much grisly experimentation, including the toad vs spider incident), but it is presented with dazzling flair.

One of Browne’s most prolonged experiments involved the ostrich, acquired by his son Edward. A flock arrived in London in the early 1660s, brought by the Moroccan ambassador as a gift for the king, and immediately caused a splash – exotic animals were rare in England at the time.

Edward managed to get hold of one and kept it in his stables. A frenzy of letters between father and son followed, discussing its eating and sleeping habits, the shape of its feet, and the noises it made (“a strange odde noyse … especially in the morning and perhaps when hungry”). This experiment in collaborative zoo-keeping came to an abrupt end when the ostrich died in its sleep one night, as Browne had predicted, being unused to the cold of a London January. It was immediately dissected. Browne was nothing if not thorough.

One of the most striking things about this work was that it was all published in English. At this time most scientific enquiry – or natural philosophy, as it was known – was conducted in Latin, and often circulated in manuscript or privately through social networks. While Browne was a keen letter writer (and fluent Latinist), he made a deliberate decision to make scientific discoveries available in English, and in print. Pseudodoxia offered the possibility of being up-to-date, at a time when the frontiers of knowledge were rapidly expanding, to anyone who could read and afford to buy a book. While this was still a limited category, it represented a huge advance in the potential for the public understanding of science.

In anglicising science for a general readership, he also invented some of its key terms. Browne introduced over 700 words to the English language, many of them in the pages of Pseudodoxia. His coinages include “medical”, “electricity”, “hallucination”, “incisor”, “carnivorous”, “coma”, “migrant”, and (fittingly) “misconception”. Rapidly adopted by celebrated scientific contemporaries like Robert Hooke (1635-1703) and Robert Boyle (1627-1691), he had a lasting effect on the vocabulary of science with these words.

It was this influence on which his reputation was built. Celebrated across Europe for his learning after the publication of Pseudodoxia, Browne was one of the first writers who used the emerging media as a bridge between scientific research and the general public. He built a reputation as a communicator, praised for his work in fashioning an English vocabulary of scientific discovery, and was much in demand for his learning. After his death a neighbour wrote admiringly: “The horizon of his understanding was much larger than the hemisphere of the world.”