The alt-right is normalising Nazi propaganda

The alt-right plagarises Nazi-era propaganda and re-packages it for the social media generation, according to a new book by Professor Nicholas O’Shaughnessy from Queen Mary University of London (QMUL). 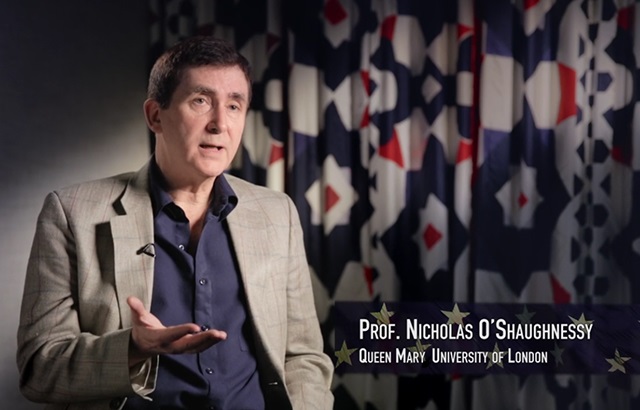 Marketing the Reich is an in-depth analysis of Nazi propaganda and how it has been refreshed and re-packaged by the alt-right.  Professor O’Shaughnessy outlines how the Nazi blend of authoritarianism, pseudo-democracy and marketing became a prototype for our era.

The book includes an examination of how the alt-right uses irony and dark humour to ‘weaponise’ Nazi messages and hate-speak. He says that it is the “allure of the forbidden” that fuels the popularity of alt-right sites such as Stormer and Elders of the Black Sun.

“The Third Reich is the constant point of reference and the object of fetishisation. Participants wish for an anti-type to the modern liberal order and they find it in Nazi Germany. Pictures of Nazis and German soldiers are used as reaction shots to some new leftist outrage. One site, Nazi Tinder, is dominated by a big picture of Hitler, festooned with hearts and adoring crowds, and the strapline ‘Can’t you just feel the love?’ Hitler is the vortex of these memes,” says Professor O’Shaughnessy.

The book warns that violent anti-Semitism and holocaust denial is a major theme within the alt-right community. It shows how holocaust denial is used in an attempt to sanitise Hitler – “if the Holocaust was a fiction, it makes it possible to believe in him”.

O’Shaughnessy says the alt-right is not an organisation, but a disorganisation. His research illustrates that its propaganda process is similar to that of ISIS - the ‘hive mind’ produces content with weak or zero corporate control: readers are both producers and consumers, and it is open source.

He says: “The common denominator is a hatred of American and European liberalism: the alt-right movement gathered momentum during the period of the Trump campaign and his Presidency, which has emboldened such views. The movement has discovered a persuasive formula of great power, one that eschews direct confrontation. It seeks neither to harangue with argument nor beguile with rhetoric, but to ridicule, and to elude the scrutiny of conscience by virtue of its levity and lack of seriousness.”

Marketing the Third Reich: Persuasion, Packaging and Propaganda is now available for pre-order and is published by Routledge.

Nicholas O’Shaughnessy is Professor of Communication at QMUL’s School of Business and Management. He has published for 30 years on propaganda and political marketing. He is the author or co-author or editor of numerous books on commercial and political persuasion, including Politics and Propaganda, Weapons of Mass Seduction and most recently Selling Hitler: Propaganda and the Nazi Brand.