Ian Hinchliffe was a performance artist, as well as an installation maker, a painter, and an occasional small-screen star. Known for the provocative nature of his work, he gained a reputation for producing unpredictable, mischievous, and occasionally menacing art. From the 16 March 2017, the personal papers of Ian Hinchliffe will be available to the public as a new collection at the Archive Library, Queen Mary University of London (QMUL). 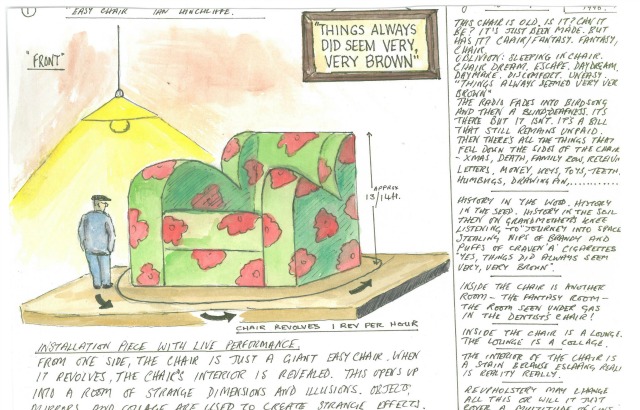 Acquired by Dr Dominic Johnson in the Department of Drama at QMUL and the Live Art Development Agency – the Ian Hinchliffe collection is the first in a series of archived material that Queen Mary is acquiring in relation to the history of performance art in the UK.

Hinchliffe’s performances happened in a variety of contexts, often moving beyond the traditional gallery context of art into streets and pubs.

His bizarre costumes, props, and range of mannerisms such as gurning, point to his influences – namely, vaudeville, music hall, Northern comedy and traditional jazz.

Born in Huddersfield in 1942, he produced his best-known material in 1970s and 80s. It was in the early 1970s that he formed the Matchbox Purveyors with Dave Stephens, a creative vehicle that allowed both solo performances and ensemble pieces with an array of musicians, poets, actors and visual artists.

Other notable collaborations occurred with Nosepaint – the predecessor to Beaconsfield Gallery, Vauxhall – and Forkbeard Fantasy. He died in a fishing accident in 2011. 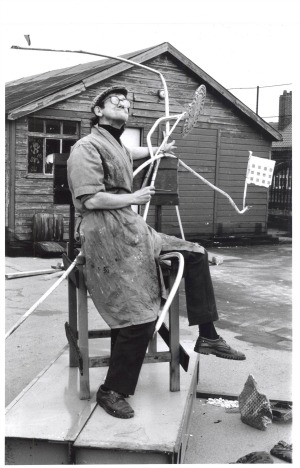 Hinchliffe’s collection of promotional posters, programmes and photographs of his performances was put together and maintained by Beaconsfield Gallery and other trustees.

The collection provides insight into what would otherwise be a largely ephemeral art form. It also contains a small number of annotated ‘scripts’ of his pieces, and pages from his notebooks, a combination of coloured sketches and notes, which give a window into Hinchliffe’s creative processes. It also includes a collection of his illustrated fishing diaries– his techniques as an artist repurposed to record his devotion to fishing.

Dr Dominic Johnson, Reader in Performance and Visual Culture at QMUL and co-curator, said: “Hinchliffe was an important and idiosyncratic artist, but his work has been under-represented in scholarship on performance art, at least in part because his archive has been inaccessible since his death in 2011.

"The acquisition of his papers for QMUL Archives will enable students, scholars, curators and others to learn more about Hinchliffe’s work. It will be the first instance in a series of acquisitions at QMUL that will seek to care for and provide access to archival collections that are at risk, or otherwise in need of safekeeping for posterity.”

A summary of collection is available through the QMUL online Archive catalogue (reference: PP49), with a detailed box list available on request. Complete cataloguing of the collection will occur in due course. Email archives@qmul.ac.uk to discover more about the collection and to arrange access.

Find out more about studying drama at QMUL