Negative coverage of the EU in UK newspapers nearly doubled over the last 40 years, study finds

A study co-authored by researchers at Queen Mary University of London (QMUL) has revealed that negative coverage of the European Union in UK newspapers increased from 24 per cent to 45 per cent between 1974 and 2013. 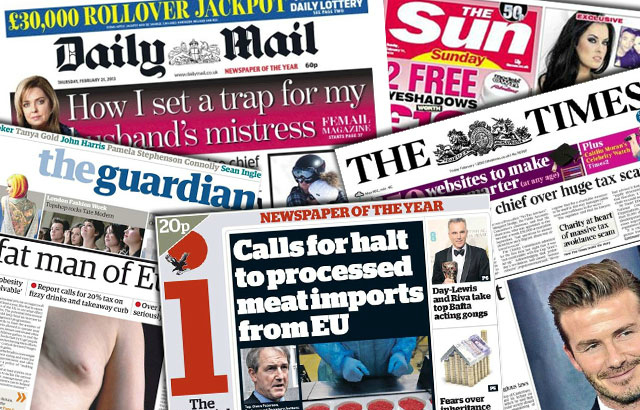 The study analysed 16,400 newspaper articles in five periods during which the EU was highly prominent in the UK news: (1) 1974–75 during which the UK held a post-election referendum on membership; (2) 1985–86 during the negotiations and agreement of the Single European Act; (3) 1991–92 during negotiations on the Maastricht Treaty; (4) 2001–02 during the Nice Treaty negotiations; (5) 2012–13 around the time of David Cameron’s pledge to renegotiate the UK’s relationship with the EU and hold an in-or-out referendum on membership.

Articles in five UK newspapers (The Daily Mail, The Financial Times, The Guardian, The Daily Mirror, and The Times) were categorized in terms of their reporting of the EU, which was classified as either positive, negative, mixed, or factual. Adjusting the data for readership, the results show that negative reporting has significantly increased between 1974 and 2013, at the expense of positive and neutral coverage. Positive coverage overall has fallen from 25 per cent in 1974-75 to 10 per cent in 2012-13.

An individual analysis of each newspaper showed that negative coverage increased steadily between the mid-1970s and mid-2010s, a period in which centre-right tabloids increased their coverage of the EU. By the mid-2010s 85 per cent of EU coverage in the Daily Mail was negative, compared with less than 25 per cent in the mid mid-1970s.

Among centre-right broadsheet newspapers (The Times and the Financial Times) meanwhile, coverage of the EU remained stable and tended to be factual and based on a pragmatic “cost-benefit” perspective.

The researchers argue that the study supports the idea that Euroscepticism in the UK is a classic case of ‘issue capture’, where a small but committed minority view comes to be accepted into the mainstream of public life. These findings are supported by opinion poll data which show that negative opinions on the EU across the UK are relatively low and stable over time.

Dr Paul Copeland, co-author and Senior Lecturer at QMUL said, “While coverage across the 40 year period stays fairly stable in terms of volume, there’s a significant increase of negative coverage in centre-right tabloids. Our results show that with the exception of the Daily Mirror, the only counter-weight to the noisy and negative minority is factual and neutral reporting: good journalism, but not necessarily effective as a spirited public defence of the EU.”

He added: “What is interesting is that the ‘noisy minority’ in the media is reflected so acutely in politics. The pro-European cause is made without passion or vigour. It is the absence of a truly pro-EU faction that gives the impression that the UK is more Eurosceptic than it truly is. There are no real defenders of the EU to be found.”

The research is published in the Journal of Common Market Studies and is co-authored by Nathaniel Copsey from Aston University.