MPs must respect the referendum result – even if it leads to hard Brexit, says Yvette Cooper

Labour MPs should respect the result of the EU referendum even if the outcome is a hard Brexit, according to Yvette Cooper, MP for Pontefract and Castleford. She was speaking at the Mile End Institute, Queen Mary University of London (QMUL). 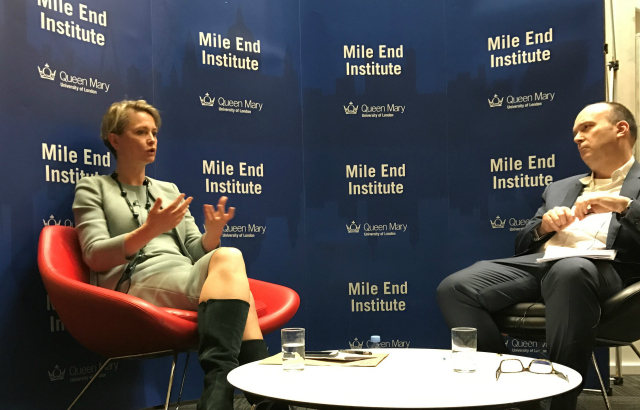 Ms Cooper said she is concerned that the UK may “become a country that no longer respects democratic values” if MPs work to frustrate the result of the referendum.

Speaking to Philip Cowley, Professor of Politics at QMUL and Director of the Mile End Institute, Ms Cooper said:

“We didn’t go into the referendum saying ‘I want you to vote remain but to be honest no matter how you vote I’m going to ignore you’. It was fought in good faith and nobody said ‘well you know what, I’m just not going to respect the result afterwards' – that’s the kind of thing that Donald Trump says.”

Ms Cooper ran against Jeremy Corbyn in the 2015 Labour leadership election. At the time she warned that Labour must not “luxuriate in our own righteousness”.

Asked if she will be able to argue to her constituents that Jeremy Corbyn will make a good Prime Minister she said, “Well that’s what he’s got to show everybody.”

“It’s not just about the leader, it’s about all of us being credible…I hope I can [make a case for Corbyn] but we have a lot of work to do,” said Ms Cooper.

Asked about how Theresa May prefers to operate, Ms Cooper, who was Shadow Home Secretary for more than four years, said: “There are lots of things that I respect about Theresa May. She is serious…and compared to the other candidates in the Tory leadership election I think she will be much more thoughtful about so many of the issues that she’s facing.”

She added: “I think she gets locked into positions sometimes and isn’t flexible…this is how she managed to get stuck on the net migration target. That’s a worry for Brexit negotiations when you ought to be able to try to accommodate and try to work with people rather than being dogged and narrow. I also think you need to challenge her with evidence and reality. There’s always a massive gap between the rhetoric and the reality in the way that Theresa May works.”

Ms Cooper was the third guest at the In Conversation series, organised by QMUL’s Mile End Institute. Previous guests were Ken Clarke MP and Gisela Stuart MP. Nick Clegg will speak at the Mile End Institute on Thursday 26 January. 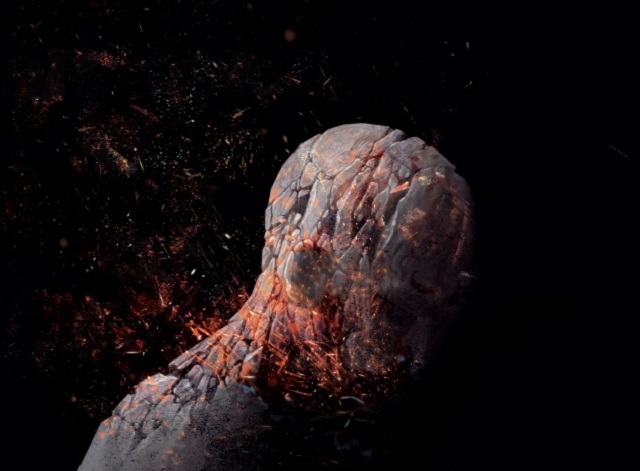 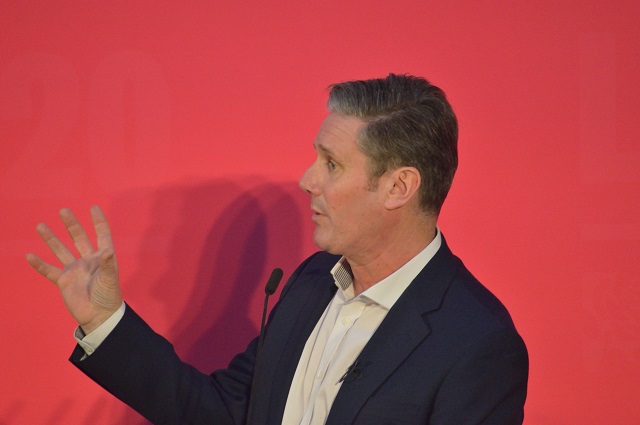