Labour soars ahead in London with 17-point lead over Conservatives

The Labour Party is polling at 50 per cent in London and is on course for its best performance in the capital since Tony Blair led the party to victory in 1997. 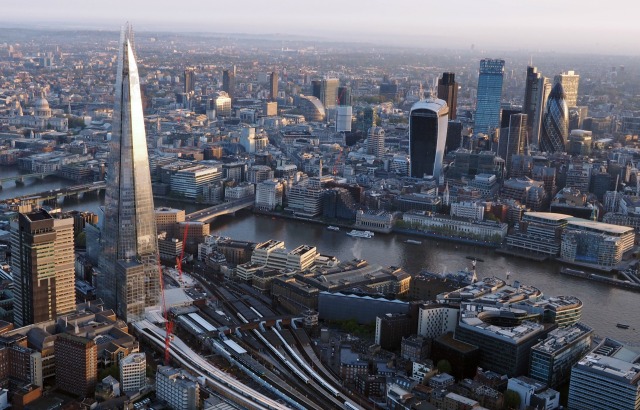 Labour is now 17 points ahead of the Conservative Party among London voters, having gained nine points since the start of May. The findings are from the latest poll by the Mile End Institute at Queen Mary University of London (QMUL) with fieldwork by YouGov.

The Conservative vote share has declined to 33 per cent, two points lower than the party achieved in 2015.
According to an analysis by Professor Philip Cowley, Director of the Mile End Institute, if the poll proves an accurate reflection of voting behaviour on 8 June, the Conservative Party may lose four seats in London. The poll suggests that Zac Goldsmith will fail in his bid to win back the seat in Richmond Park.

Based purely on the poll, the following seats would change hands:

With the exception of Croydon Central, all of these are very marginal constituencies – and should be seen as too close to call on this polling.

Professor Cowley said: “On these numbers, lots of previously marginal seats become fairly safe for Labour – Ilford North, for example, goes from a knife edge to a fairly comfortable 10 per cent majority. That wasn’t really in the Conservative script.”

He cautioned that the ‘one unknown’ is the impact of the Greens and Ukip not standing in certain constituencies.

“In the end though, I doubt it will make much difference – their combined support has shrunk from 13 per cent in 2015 to around five points now. The combined Labour and Conservative vote share is 83 per cent, which we’ve not seen in London since 1979. There’s some good news for the Lib Dems, but in most seats in London this is increasingly an old-school red versus blue fight,” said Professor Cowley.

The polling shows a very wide generational divide in terms of party support. The Labour Party is preferred by 59 per cent of 18-24 voters, while the Conservatives are supported by 60 per cent of the over 65s. The Labour Party is 21 points ahead of the Conservatives among 25-49 year olds, and 16 points ahead among 50-64 year olds.

On national security, as many people trust Corbyn to keep Britain safe (41 per cent) as Theresa May (42 per cent). Meanwhile just three per cent said the bombing in Manchester will change the way they vote, with 85 per cent stating that they intend to vote the same way.

The findings are the third instalment in Polling London, a new research project from QMUL. The project is led by Philip Cowley, Professor of Politics at QMUL.

All figures, unless otherwise stated, are from YouGov Plc. Total sample size was 1,000 adults. Fieldwork was undertaken between 26 and 31 May 2017. The survey was carried out online. The figures have been weighted and are representative of all London adults (aged 18+).

The second instalment in Polling London was conducted immediately prior to the Manchester bombing, and was not released at the time due to the events of that week. We are today also releasing the top line voting figures from that survey, which were almost identical to those above. Headline voting figures were: Con 34, Lab 50, LD 11, UKIP 2, Green 2. Fieldwork for the unreleased poll was conducted between 19-23 May. Total sample size was 1,006 adults. Again, the figures have been weighted and are representative of all London adults (aged 18+).

YouGov is a member of the British Polling Council and abide by their rules.