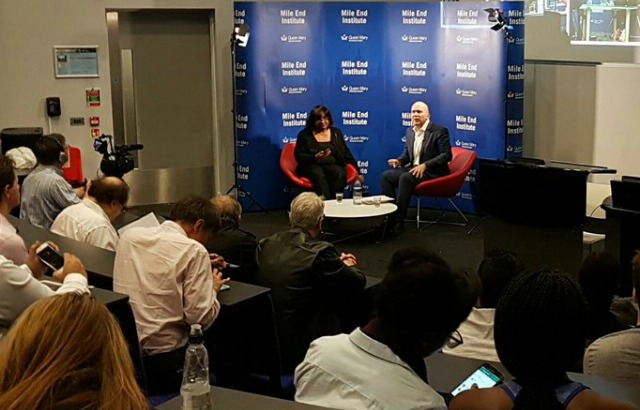 Ms Abbott was the fifth guest at the In Conversation series, organised by QMUL’s Mile End Institute. Previous guests were Nick Clegg MP, Yvette Cooper MP, Ken Clarke MP, and Gisela Stuart MP. You can sign up for updates from the Mile End Institute on their website.