Dr Hetta Howes named as BBC ‘broadcaster of the future’

Dr Hetta Howes from Queen Mary University of London (QMUL) has been selected as a BBC New Generation Thinker – a mentorship scheme for ‘broadcasters of the future’. 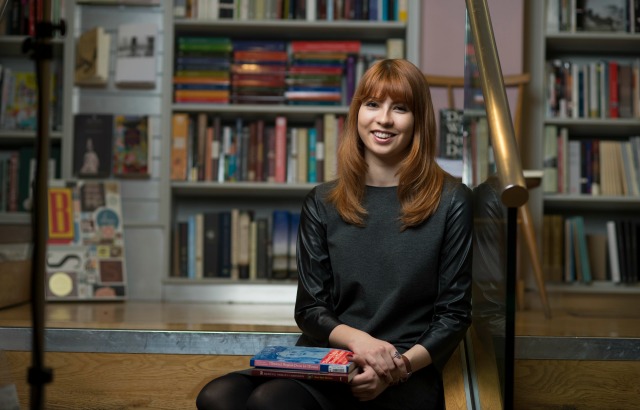 The judges chose ten early career academics from a nationwide pool of candidates, whose research will be made into radio and television programmes for the BBC.

The competitive programme is jointly run by BBC Radio 3 and the Arts and Humanities Research Council (AHRC).

Applicants were invited to show how their research could be presented to a broad audience and this year’s shortlisted topics cover a wide spectrum of arts and humanities subjects.

Dr Howes is a Lecturer in Medieval Literature at QMUL’s School of English and Drama. Her research explores the relationship between women and water, tracing misogynist rhetoric back to the middle ages.

Her latest project will examine the role that fluids play in medieval life and how this remains relevant to the modern world.

Dr Howes’s work also focuses on how women are treated or portrayed in medieval literature, and how women’s writing challenges or subverts various medieval female stereotypes - as well as challenging our own modern preconceptions of women in that time.

The selected academics were announced today at an event recorded as part of BBC Radio 3’s Free Thinking Festival. The programme will be broadcast on the 4 April; with further programmes about their research to be aired throughout 2017.

The Thinkers were selected from hundreds of applications from academics at the start of their careers. The final 10 were chosen for their ability to communicate their scholarship to a wider audience.

After a four-month selection process involving a series of day-long workshops at the BBC in Salford and London, the final 10 were chosen by a panel of BBC Radio 3 and BBC Arts producers, and the AHRC. They will spend a year being mentored by producers from Radio 3’s Free Thinking Programme.

Find out more about BA English at QMUL.