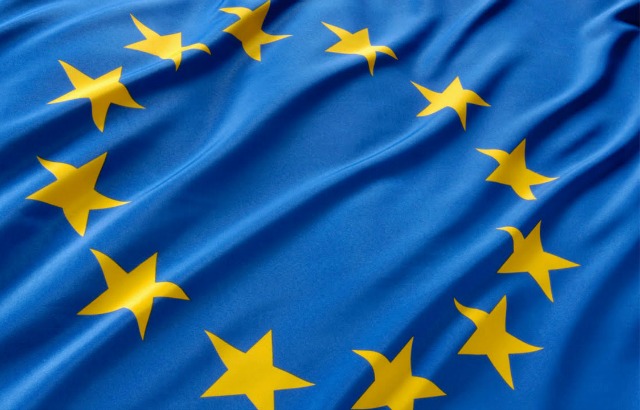 Free trade agreements (FTAs) are growing in number and the inclusion in them of labour provisions seeking to improve working conditions are also increasing. A recent study by the ILO found that over 80 per cent of preferential trade agreements that have come into force since 2013 have included such provisions.

The European Union (EU), the USA and Canada have been at the forefront of developing this approach to the regulation of working conditions through trade agreements.

There has been a rapid and widespread increase of interest in labour provisions in EU FTAs because of negotiations with the US over TTIP and Canada over CETA. Growing discussions and debates have been taking place in a range of policy circles as to whether the EU approach is effective.

Consultations are now taking place around the reform and improvement of labour provisions. For example, the Friedrich Ebert Stiftung has recently drafted a reformed labour chapter, and the European Commission’s Directorate General for Trade is working on proposals for change. Each is proposing various ways forward to address some of the limitations of the existing models identified by researchers in the UK, Belgium, and Germany.

After a two year international research project looking at EU labour provisions in operation, we have highlighted some of the main limitations of the approach taken and how greater accountability could be established in current agreements. Here, however, we propose four steps for reform in future agreements from pre-ratification of trade agreements to their implementation.

The first step concerns what needs to happen before a trade agreement is ratified. In comparisons between the EU’s and the US’s approach to labour provisions in FTAs, research suggests that pre-ratification requirements that are demanded by the US, in relation to labour law pertaining to the most serious labour problems, have resulted in actual legislative changes in partner countries. There are problems with this approach, not least the US’s refusal to adopt the majority of the ILO’s Core Labour Standards, and the thorny question of whether OECD countries promoting labour standards overseas adequately implement those standards domestically in the first place.

Nonetheless, labour organisations in many countries are demanding full ratification of the ILO core conventions as a necessary but not sufficient framework in the process of empowering workers. Of course, elaborate labour law on the statute books means little without effective implementation.

Second, labour provisions need to include, but also reach beyond, the focus of the core labour standards on freedom of association and the right to collective bargaining, forced and compulsory labour, the abolition of child labour, and equality and non-discrimination in employment. Our research shows that many of the important labour issues in partner countries are not covered by these Core Labour Standards. The CLS+ framework widens the focus to include a living wage, properly regulated hours of work, and health and safety standards. This wider understanding of the basic rights of workers should be included more centrally in trade policies seeking to address labour abuses and to enhance standards.

Third, effective implementation of the labour provisions is critical. The EU model is based on dialogue and co-operation but to date the European Commission has refused to invoke the limited dispute settlement mechanisms available to it. Monitoring requires mechanisms which are able to identify current labour issues in partner countries. This could be facilitated by secretariats supporting the monitoring work of the key institution established by the EU’s Trade and Sustainable Development (TSD) chapters in its trade agreements: the Domestic Advisory Groups (DAGs).

Providing more intelligence from on-the-ground knowledgeable experts would build capacity in these institutions which are crucial to the EU’s model. Also, in many contexts and export sectors workers are not organised in trade unions and don’t have direct input into the DAGs so other mechanisms of monitoring are required. Worker-driven monitoring such as that developed by Electronics Watch may provide a model. This approach aims to provide mechanisms by which the most knowledgeable participants – workers themselves – can report on labour abuses. While these systems will require financial resources, a fair share of the gains from reduced trade friction and tariff liberalisation could be used.

A major current in the debate is whether sanctions for non-compliance should be introduced. One criticism is that sanctions can be a blunt instrument, but perhaps they are perhaps most effective when targeted at particular sectors or companies that don’t meet fundamental labour standards. Sanctions on non-compliant companies need to be sufficient to out-weigh the immediate economic gains to those firms from a lowering of labour standards.

A less well-explored option could include a staged “reform and reward” approach to trade-related incentives (e.g. lower tariffs, relaxed rules of origin) for employers which meet an agreed set of labour standards. There are parallels here with the EU’s Generalized Systems of Preferences Plus approach which unilaterally provides improved market access for the implementation of international conventions on good governance, sustainable development and human rights.

Dispute settlement requires going beyond state-to-state models to enable non-governmental parties (e.g. trade unions) to bring legitimate cases for investigation. This reflects wider calls by civil society organisations for a citizen’s dispute settlement mechanism to subvert the logic of Investor-State Dispute Settlement and the Investment Court System, which have been critiqued for favouring the rights of corporations over governments.

Fourth, TSD chapters need to deal more adequately with corporate power in networks of global production. While universal labour rights are critical, the employment issues experienced by workers are often specific to particular sectors and value chains. Consequently, the template approach favoured in most trade agreements does not always enable improved working conditions. One way to address this question is to develop side-agreements around leading export sectors which identify the core labour issues and provide a binding road map for their monitoring and improvement.

If implemented these four proposals would go a major way to addressing the fundamental limitations of the current EU model based on dialogue and co-operation. If there is political will to deal effectively with the negative consequences and structural limitations of globalisation for workers then we need more progressive alternatives, including in the make-up of trade agreements. The suggestions here might provide some resources for those wishing to counter the negative consequences of untrammelled free markets, which can often result in a so-called “race to the bottom” in working conditions.