An autism ‘revolution’ in the history of child development

What is autism and how did we come to understand it as a spectrum? A new book by QMUL researcher Dr Bonnie Evans uncovers the social history of autism, how it has come to define so many lives, and why its meaning was transformed in modern Britain. 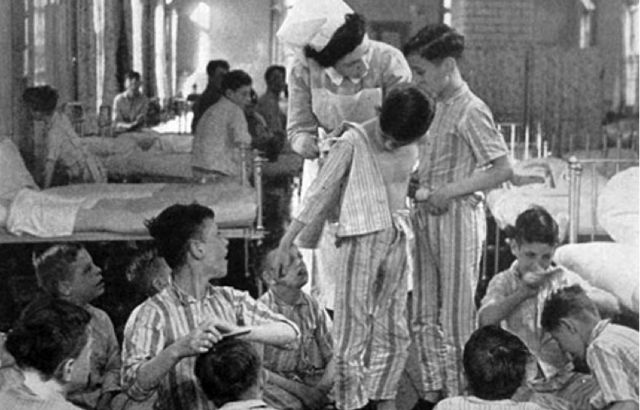 Drawing from unpublished documents and never-before-seen hospital case records and government papers, Dr Evans takes the reader on a journey from the ill-managed wards of ‘mental deficiency’ hospitals in pre-1960s Britain to the rise of the modern ‘neurodiversity’ movement.

Dr Evans, Wellcome Trust Postdoctoral Research Fellow at QMUL’s School of History says: “It’s hard to overstate how radically our understanding of autism – and its prevalence - has shifted since the middle part of the last century.”

“The diagnosis of autistic spectrum disorders in children and adults has rapidly increased in the last twenty years. More and more people also now self-identify as an ‘Aspie’ or someone ‘on the spectrum’. Autism has become part of our common language for describing and understanding human individuality and self-identity. We live in a culture in which many of us think about the meaning of autism and its relation to ourselves, or someone we may know,” said Dr Evans.

Before 1960, autism was used to describe the early stages of all child life, in which infants experienced vivid dreams, thoughts, hallucinations, and fantasies.  This understanding – widely accepted – was built on a Freudian model of human development in which fantasies preceded an infant’s engagement with other people and reality. It was believed that every child was autistic at some stage, but that some were unable to develop beyond this phase.

In the late 1950s, children’s social and educational services were thrown into crisis following the closure of long-stay ‘mental defective’ institutions. Many children were left without rights to education as it was thought they could not learn. Parents, teachers, and other advocates then argued that ‘autistic’ children were not just stuck in an early stage of thought but that they were a unique population group who required distinct social services.

Dr Evans says: “During the 1960s, the meaning of the word autism was turned on its head. Autistic children came to be regarded as having unique ‘impairments of imagination, social interaction, and communication’ that required new educational methods and rights. This theory of autism was dominant for many years.”

Dr Evans also discusses the modern-day rise of autism’s ‘third phase’: the growth of the ‘neurodiversity movement’, which has challenged the impairment model and embraced elements of the ‘imaginative autism’ of the past.

‘The metamorphosis of autism: A history of child development in Britain’ is published by Manchester University Press.

Caption: 'Before the 1959 Mental Health Act, many children with what would now be recognised as autism were housed in institutions for 'mental defectives'.