He’s cute, he’s fierce, he’s green – but Yoda remains one of Star Wars’ most mysterious characters. Now, a linguist from Queen Mary University of London has revealed an important part of Yoda’s past – and he’s connected it to tropical Hawaii. 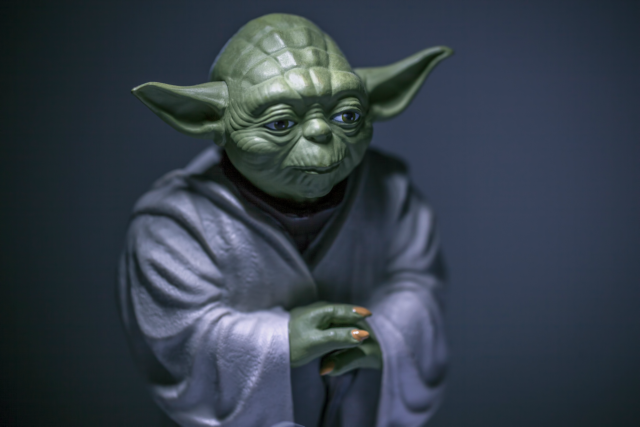 David Adger, Professor of Linguistics at Queen Mary University of London, says:  “We never get to know what species Yoda is, or what planet he came from. But we can, with the help of linguistics, work out a little bit about what language he grew up speaking.”

When we learn a new language, we use the language we already speak natively to help us get by in the new one. Linguists call this `Transfer’ – we transfer the rules of our own language to the new one we are learning.

So, we might hear people whose native language is French saying things like, `I like very much Star Wars’, or `I know well my language’, when they are speaking English. Professor Adger says that’s because they have transferred the rules for word order from French to English.

“Let’s assume that Yoda’s mind works like ours,” says Professor Adger. “So he’s ‘transferred’ his own native language over to English. When Yoda speaks English, we can use that as a clue to figure out what Yodish must be like.”

“Everyone knows that Yoda sort of talks backwards. In the new Star Wars film, The Last Jedi, he says things like, `The greatest teacher, failure is.’ How would we normally say this in English? It would just be: `Failure is the greatest teacher.'

Yoda, just like the French speakers of English, uses a different order, but the same words. This means linguists can work backwards and have a good guess about the rules of Yodish that have been ‘transferred’ to Yoda's English.

Professor Adger explains: “When I say `Luke is strong with the Force', Luke is what linguists call the subject of the sentence and strong is part of the predicate. When Yoda says the same thing, he puts that part of the predicate first, so he says `Strong Luke is with the Force!’ It’s a bit of fun obviously, but by using these linguistic rules, we can make a pretty decent guess about the language Yoda grew up speaking – 900 years before the events in the films.”

Do any human languages put the predicate before the subject?

“Actually, yes. That's how Hawaiian works. So now we know, if Yoda ever came to Earth, he’d probably spend Christmas in Honolulu!” 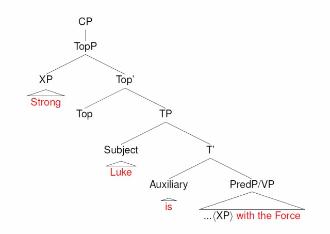 Discover the force behind our outstanding English Language and Linguistics teaching at: http://linguistics.sllf.qmul.ac.uk/linguistics/

In the National Student Survey (NSS 2017) the Department scored 92 per cent for overall satisfaction. The Department of Linguistics was ranked first in the UK in the most recent (2014) Research Excellence Framework.