Up to 8,400 heart attacks and strokes prevented through NHS Health Checks

The NHS Health Check programme in England may have prevented an estimated 4,600 to 8,400 heart attacks, strokes, or death from these causes in its first five years, according to an independent review of the programme led by Queen Mary University of London (QMUL). 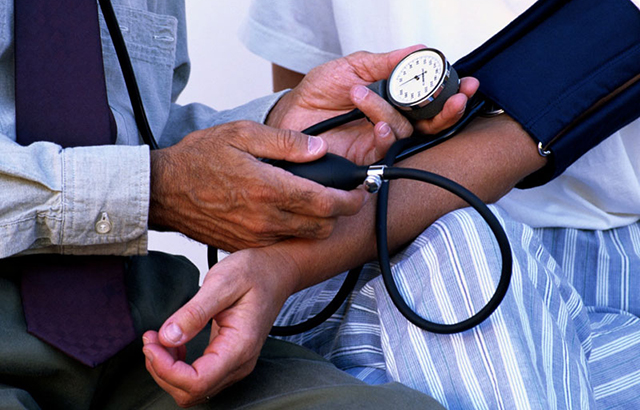 The programme, which has in the past been considered ‘controversial’, led to an increase in diagnoses of 30 per cent for diabetes, 50 per cent for hypertension and 80 per cent for chronic kidney disease, and 40 per cent more statins were prescribed, but researchers say there is still room for improvement for treating those at higher risk.

NHS Health Check started in 2009 and is the first programme in the world to tackle prevention of heart attacks and strokes by offering a free check to every adult aged 40-74 years. The scheme offers professional advice on lifestyle changes and treatments, including statins, to reduce the risk of heart attack or stroke.

This study, published in the British Journal of General Practice, looked at the first five years of the NHS Health Check programme in three London areas (City & Hackney, Tower Hamlets and Newham) and found that:

The introduction of this scheme was controversial, say study authors. Statins received adverse publicity and the programme’s effectiveness was contested. This was largely based on a review of 16 trials of health checks, of which 12 were conducted before 1994 when neither statins nor modern antihypertensive drugs were in use.

Study lead Dr John Robson from QMUL's Blizard Institute said: “Those who attended NHS Health Checks were substantially more likely to be found with a diagnosis of a new disease, including hypertension, diabetes and chronic kidney disease. We saw a 30 to 80 per cent increase in the number of disease cases found, compared to those who did not attend, and 40 per cent more people were prescribed statins, so these are very substantial gains in public health terms.

“If you compare attendance levels with other programmes, such as the bowel screening programme, the coverage here is much better, so one would hope that would translate into earlier opportunities for greater protection for those people. However, there is still room for improvement for NHS Health Checks, especially in terms of ensuring even better treatments for those at higher risk.”

Jamie Waterall, National lead for NHS Health Check, Public Health England, said: “The programme is doing what it set out to do - preventing and detecting serious conditions like type 2 diabetes. It is helping people from deprived areas the most, therefore reducing health inequalities. We’re working to ensure even more people benefit from this programme.”

The study was funded by the Department of Health, but independently conducted.