The sugar content in carbonated sugar-sweetened beverages was found to be up to 52.8 grams per 330 mL can, or 12 teaspoons, according to a study by Queen Mary University of London (QMUL). 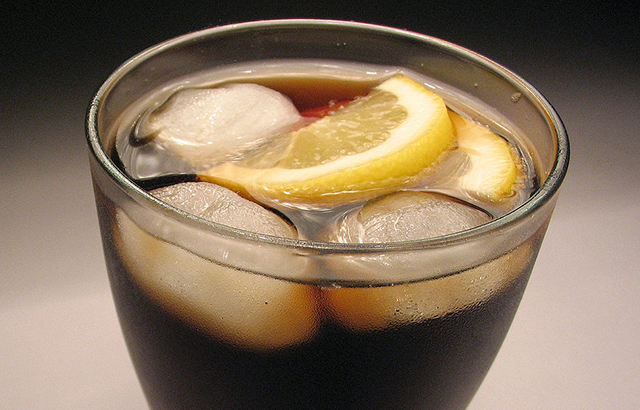 Of the drinks surveyed, the sugar content of 142 out of 169 drinks will need to be reduced to below 5g/100ml to avoid the Soft Drinks Industry Levy being proposed in the UK.

Kawther Hashem co-author of the study and researcher for Action on Sugar at QMUL said: “Our study shows that the majority of carbonated sugar-sweetened drinks available in supermarkets exceed the maximum daily recommendation for sugar intake for an adult (30 g) and a child (24 g). It is therefore not possible to state that carbonated sugar-sweetened drinks can be consumed as part of a ‘healthy balanced diet’ even though drinks companies claim it can be.

“Cola flavour is the most popular flavour in the UK, owing to the huge volume consumed; even small reductions would have a significant impact on free sugars and calorie intake of the population. We hope the soft drinks industry levy will make drinks manufacturers reduce the levels of sugar in their products immediately and help reduce our risk of obesity, type 2 diabetes and dental caries.”

Soft drinks are the main contributor of free sugars intake in children and teenagers, and the second main contributor in adults. Carbonates were the largest single category of the soft drinks market in 2013 with a 44.8 per cent market share of volume.

Currently in the UK a tiered Soft Drinks Industry Levy is being proposed (high, low and no tax for drinks containing more than 8g, 5g to 8g, and less than 5g of sugar per 100ml respectively), which encourages companies to reduce the amount of sugar if they want to avoid the levy.

The study authors are now calling for all sugar sweetened drinks to be reduced below 5g per 100ml, as well as other measures including mandatory front of pack labelling of free sugars, public education, portion size reductions and warning labels.

Graham MacGregor, Professor of Cardiovascular Medicine at QMUL said: “This study illustrates the huge contribution of sugar-sweetened drinks to our sugar intake, which is directly linked to the development of obesity and type 2 diabetes. We welcome the soft drinks industry levy and particularly the incentive it’s created to companies that want to avoid the levy by reducing the sugar levels to below 5g/100ml.

“This has already resulted in one of the largest supermarkets (Tesco) reducing sugar in all their own brand soft drinks to below 5g/100ml. Suntory have also pledged that they will reduce sugar in all their sugar sweetened drinks to below the lower band levy, this includes for instance Lucozade and Ribena. Other supermarkets and branded companies must now follow suit, particularly Coca Cola and PepsiCo, as sugar sweetened drinks are the main contributor to sugar intake, in children and adolescents.”