Depressive symptoms are associated with a higher risk of sympathies for violent protest and terrorism (SVPT), according to a study led by Queen Mary University of London (QMUL). 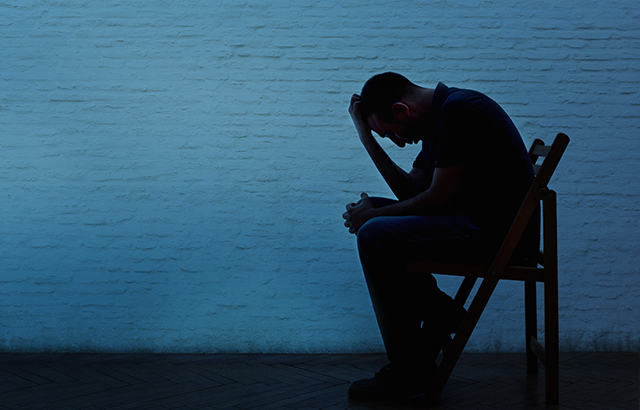 The study, published in The British Journal of Psychiatry, also found that some adverse life events and levels of political engagement were associated with a lower risk of SVPT. This particularly included the death of a close friend and donating money to a charity.

The study surveyed 608 people of Pakistani and Bangladeshi family origin, aged between 18 and 45, of Muslim heritage and living in Bradford and East London, UK.

The SVPT measure was designed to assess early stages of vulnerability to radicalisation by answers to 16 questions about support for, or condemnation of, acts of protest characterised by differing levels of violence and extremist behaviour.

The participants were also interviewed about adverse life events they experienced in the preceding 12 months including injury, bereavement, loss of job and problems with the police or courts. Questions to determine political engagement addressed items such as voting, political discussions, signing a petition, donations to charity, voluntary work and participation in a demonstration.

The researchers say that the prevention of depressive responses to adverse life events and poor political engagement may marginally reduce the risk of SVPT, but their findings suggest that promoting political engagement and social connectedness are more likely to have a larger impact.

Lead author Professor Kam Bhui from QMUL’s Wolfson Institute of Preventive Medicine said: “This is still only a small step forward in a very complicated area of exploring the relationship between mental illness and extremism.

“We’re trying to understand the process of radicalisation better, in order to help prevent it in a way that is informed by research. There is a lot of policy without evidence which puts health practitioners and teachers in a difficult position. They have been mandated to help identify people at risk of extremism, but there isn’t enough scientific research and evidence to make their decisions easier.”

The researchers say that the finding that life events appear to reduce the risk of SVPT is surprising as adversity and inequality are often proposed to explain extreme beliefs and violent behaviour. They say it is possible that losing a friend or relative might reflect better social connections, and loss teaches about the value of life and what it means to others to suffer a bereavement or loss, thereby deterring SVPT.

Professor Bhui added: “It is important to note that this study doesn’t say anything about actual terrorist events. Terrorism is mostly down to politically motivated violence, and most terrorist incidents are unrelated to mental illness. Our study is looking at sympathies for extremist ideas, and how they develop, so we can identify people at an early phase who might be vulnerable, and we consider what public health preventive interventions might prevent the process progressing.”

The study, research methods and interview questions were developed collaboratively with Muslim and non-Muslim community representatives. Questions were asked in a computer-assisted format so that sensitive questions could be answered anonymously, out of sight of the interviewer.

The researchers say that their set of survey questions could be a useful tool for other groups’ surveys and research on sympathies for extremism.

The study was co-authored by researchers at the Institute of Psychiatry, Psychology and Neuroscience, King’s College London.