‘Invisible impairments’ can make it difficult for stroke survivors to maintain a job, according to a study from Queen Mary University of London (QMUL) and the University of Cambridge. 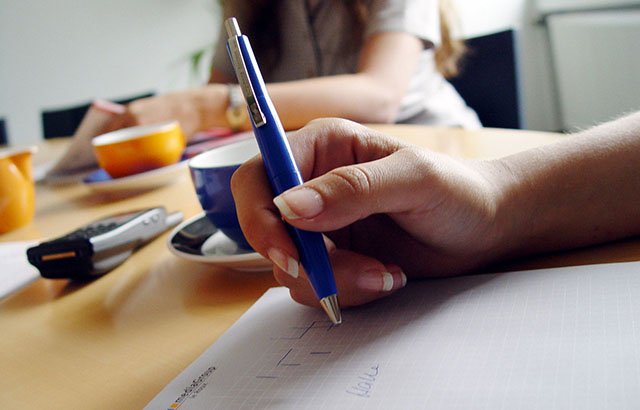 The findings, published in the journal BMJ Open, suggest that more needs to be done to make survivors, their GPs and employers aware of the difficulties that they may face. Online forums were also found to provide useful advice and support to stroke survivors and carers.

Each year, 110,000 people in England suffer a stroke. The UK’s stroke strategy highlights the importance for people who have had a stroke of returning to work. Being unemployed is associated with physical and mental health problems, while working has positive effects on the health of people with chronic conditions.

To explore the experiences of people who have returned to work after a stroke, researchers analysed the archives of TalkStroke, a UK-based online forum hosted by the Stroke Association, across a seven year period (2004-2011).

The researchers searched more than 20,000 posts and identified 60 people who had posted about the issue of returning to work. Almost all of those who managed to return to work still experienced a range of residual invisible impairments, including memory and concentration problems and fatigue.

On the online forums, some commenters described the problems with looking ‘normal’, but not feeling the same way and how this led to a lack understanding among co-workers, but also to their own sense of feeling a fraud.

Having a supportive employer helped people ease themselves back into work and enabled survivors to make adjustments, including a gradual return to work, reduced hours and working from home. But when employers were unsupportive, survivors found this particularly distressing and stressful; some posters even reported being bullied by colleagues.

Dr Anna De Simoni, lecturer in Primary Care Research at QMUL, said: “Although a stroke survivor may look like they have recovered, they can be still be affected by invisible impairments that make work difficult. Conversations in the internet forums suggest we need to raise awareness of the support available to individuals, but also more widely amongst primary care professionals and employers of how they can best accommodate and support their staff.”

Perhaps surprisingly, the forums also highlighted that GPs themselves did not always understand the impairments and could often do more to support their patients. One man, aged 61 at the time of his stroke, reported that his GP was unwilling to extend his sick leave as he said the man could sit at a desk and move all his limbs and so was fit to work, yet the man suffered impairments such as walking and communication problems, limb spasms and fatigue.

In a sister paper, also in BMJ Open, the authors report how TalkStroke proved to be a powerful tool for providing advice and support for survivors and their carers. The study found that 95 per cent of information and support requests by patients with stroke and their families in the online forum were answered.

Professor Jonathan Mant from the Cambridge Primary Care Unit said: “In a time when GP surgeries are full and patients are waiting weeks for community appointments, these online forums can provide a way for stroke survivors and their carers to receive helpful advice and support.”

Kate Pieroudis, Manager of the Back to Work Project at the Stroke Association, said: “With the right support, many stroke survivors can and do go back to work successfully. Planning with employers is essential so they understand how a stroke has affected an individual, and can put necessary support and adjustments in place. The Stroke Association provides information and practical advice on work and stroke to both employers and stroke survivors.”

The researchers were funded by the National Institute for Health Research and the Evelyn Trust.