Cancers evolve over time in patterns governed by the same mathematical laws that drive natural processes such as the flow of rivers or the brightness of stars, reports a study led by Queen Mary University of London (QMUL) and The Institute of Cancer Research. 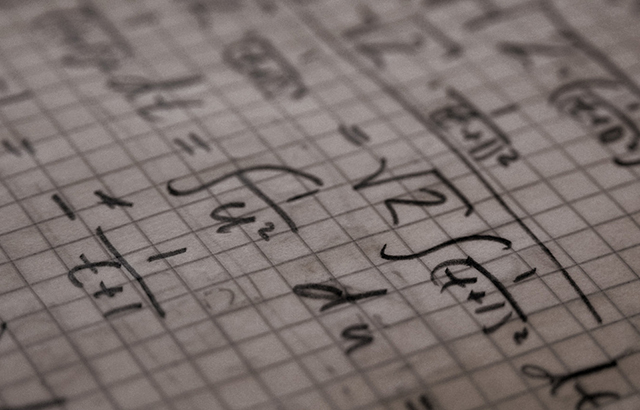 The research raises the possibility that doctors could take clinical decisions on how an individual patient’s cancer will change, and what treatments should be used, by applying mathematical formulas to tumour biopsies.

The study, published in Nature Genetics, used a wealth of data – generated from more than 900 tumours of 14 different types – to show that many cancers, such as bowel, stomach and some lung cancers, evolve in particular patterns that can be predicted.

The theoretical model, created by the research team, predicted that in many tumours, all of the important cancer genes are already present at the beginning of tumour growth, and new mutations inside the tumour are essentially ‘passengers’, with no additional effect.

The team showed that these passenger mutations would accumulate following a mathematical pattern that is found through nature in a variety of physical, chemical and biological systems including the flow of the River Nile and the luminosity of stars – and even helps to govern the financial market.

The model was not as good at predicting the path of some other cancers, such as brain and pancreatic tumours, suggesting that in these cases natural selection – driven by pressures on resources and space – might play a greater role in the spread of mutations.

Study co-leader Dr Trevor Graham, head of the Evolution and Cancer laboratory at the Barts Cancer Institute at QMUL, said: “We often think of cancers as being the chaotic and uncontrolled growth of cells within the body.  But counter to this intuition, our study shows how cancer evolution is in fact often highly ordered and can even be explained by a straightforward mathematical rule.

“This rule is important because it hugely simplifies our view of how cancers evolve. Now that we know the rule, we can attempt to bend it in our favour to improve patient outcomes.”

This new analysis of cancer data potentially has important clinical implications – providing a new way to distinguish mutations that should be targeted with treatment, versus ‘passenger’ mutations that may have no effect on cancer cell growth.

Study co-leader Dr Andrea Sottoriva, Chris Rokos Fellow in Evolution and Cancer at The Institute of Cancer Research, London, said: “Our study shows that the spread of mutations through a cancer follows natural laws – and is therefore theoretically predictable, just as we can predict the movement of celestial bodies or the weather.

“This predictability means that the vast amount of genetic data we can generate from tumour biopsies could tell us how a given cancer will develop over time – which mutations will come to drive it into more aggressive disease, when they will emerge, and which drugs are best to treat them. Like in a game of chess, the aim is anticipating the next move of the adversary, to ultimately win the game.”

The study was funded by Chris Rokos, the Wellcome Trust, Cancer Research UK and the Medical Research Council.