Only two per cent of patients with life-threatening bleeding after serious injury receive optimal blood transfusion therapy in England and Wales, according to research led by Queen Mary University of London (QMUL) and NHS Blood and Transplant. 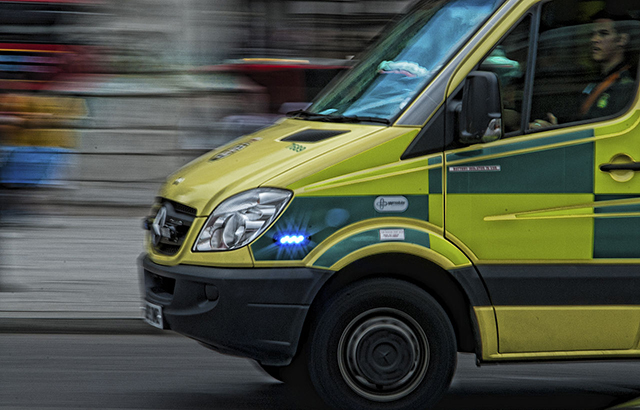 The NIHR-funded study estimates that nearly 5,000 trauma patients sustain major haemorrhage in England and Wales each year and that one-third of those die. The research spotlights how delays in blood transfusion practices may contribute to this high death rate.

Globally, bleeding following injury is estimated to be responsible for over two million deaths per year. Current treatment strategies focus on the rapid delivery of red blood cells, plasma and other clotting products. However, the logistics of providing the correct quantities in the right proportion during the first minutes and hours of emergency care can be extremely challenging.

Professor Karim Brohi, Chair of Trauma Sciences at Queen Mary University of London, and a Trauma Surgeon at the Royal London Hospital Major Trauma Centre, said: “Bleeding is the leading cause of preventable death in trauma. The rapid and consistent delivery of blood, plasma, platelets and other clotting products to trauma patients is essential to maintain clotting during haemorrhage and has been shown to halve mortality. However, we found that only two per cent of patients with massive haemorrhage received the optimal type of blood transfusion for their resuscitation.

“There is a clear opportunity for clinicians to improve the delivery of blood and clotting products during resuscitation for major haemorrhage.”

Mortality from bleeding tended to occur early, with nearly two-thirds of all deaths in the first 24 hours. An unexpectedly high number of deaths (7.9 per cent) occurred once the patient left hospital, the reasons for which are unclear.

Overall, only two per cent of all patients with massive haemorrhage received what might be considered the optimal transfusion of a high dose of clotting products in conjunction with red blood cells during the first hour of arrival within the Emergency Department.

The average time to transfusion of red blood cells was longer than expected, at 41 minutes. Administration of specific blood components to aid with blood clotting such as plasma, platelets and cryoprecipitate was significantly delayed, occurring on average 2-3 hours after admission.

The incidence of major haemorrhage increased markedly in patients over 65 years, who were twice as likely to suffer massive haemorrhage as a result of an injury compared to younger groups. The causes for this increased incidence were unclear and the researchers say further investigation is needed to examine the role of associated medical problems and prescribed medication. Transfusion procedures may also need to be adapted for older patients.

Professor Brohi added: “The rapid delivery of the right mix of blood components in an emergency environment is extremely challenging. Some transfusion components have to be thawed and at present aren’t always available for the patient quickly enough. More research is also needed into techniques and devices to control bleeding earlier – even at the scene of injury.”

Dr Simon Stanworth, at NHSBT/Oxford University Hospitals NHS Trust, indicated the importance of the study as a baseline recording of practice: “This study tells us about the challenges of early delivery and administration of blood patients to a group of patients with life-threatening injuries. Whilst the reasons for these delays are varied between hospitals, NHSBT is looking at ways to improve the availability of blood components, for example, using promoting and assessing different types of plasma, such as extended pre-thawed or liquid plasma, which would be more readily available for timely use. This area of the optimal products remains a high-priority for NHSBT and indeed all Blood Transfusion Services. ”

The Centre for Trauma Sciences has started a new five year European wide clinical trial in this area, which will build on the results of the current study.

Study limitations include the data not being complete for all patients, such as timings of transfusions. The study was also undertaken at an early stage in national trauma network reorganization.

The study was funded by the National Institute for Health Research (NIHR) under its Programme Grants for Applied Research Programme (RP-PG-0407-10036).