What does geographic profiling have to do with modern art?

Scientists at Queen Mary University of London (QMUL) have shown research on infectious disease outbreaks can been adapted to study the locations of artworks by graffiti artist Banksy. 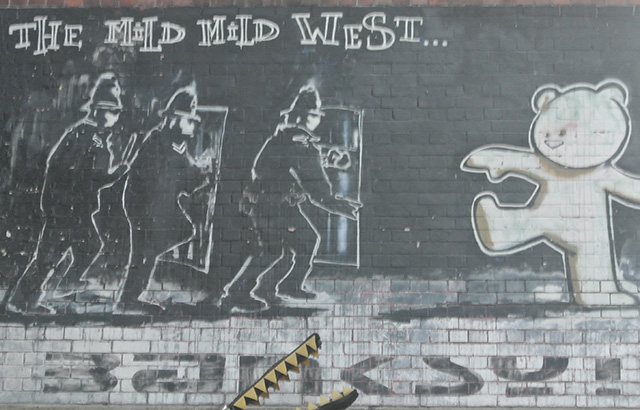 Writing in the Journal of Spatial Science, the team show how the spatial pattern of Banksy artworks in Bristol and London supports a theory published by the Mail on Sunday in July 2008, which identified artist Robin Gunningham as Banksy. The study formed first author Michelle Hauge’s final year undergraduate research project.

Geographic profiling was pioneered by former police officer Professor Kim Rossmo, now at Texas State University and a co-author on this study, for use in investigations of serial crime. It uses the spatial locations of crimes to make inferences about the criminal’s anchor point – usually a home or workplace.

The technique has been adapted to study patterns of infectious disease by lead author Dr Steve Le Comber from QMUL’s School of Biological and Chemical Sciences.

“In a disease outbreak, our model can use the addresses of infected individuals to find the sources of the outbreak,” said Dr Le Comber. “Because this takes just minutes on a computer, investigators can potentially stop outbreaks before they spread by putting in place control procedures that are likely to be most effective.

In the new study, the authors collected precise coordinates from 140 locations using publically available data and information already in the public domain. The paper’s importance lies in the fact that – because terrorists often also engage in low level activities such as vandalism, graffiti, anti-government leaflet distribution and banner posting before major attacks – the model could potentially be used to help uncover terrorist bases before more serious incidents occur

The research article further demonstrates the flexibility of geographic profiling, which the team have now applied to a wide range of geospatial investigations including people, animals and plants.

Ongoing research in the Le Comber group is looking at using geographic profiling in disease outbreaks such as malaria and TB.