Scientists from Queen Mary University of London (QMUL) are part of an international team that has discovered minute fluctuations in Saturn’s gravitational field using several thousand images of the planet’s moons obtained by the Cassini probe. 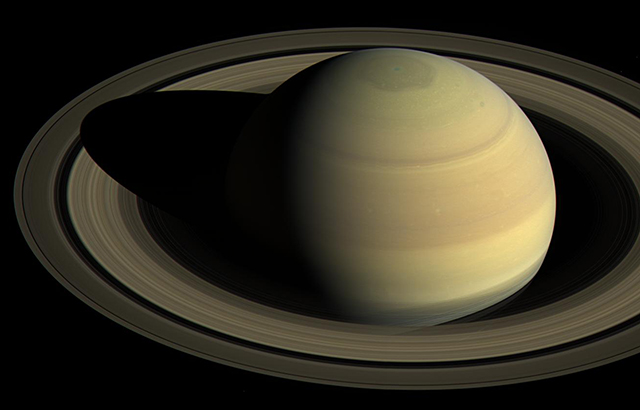 The results help provide a better understanding of the internal structure of the planet, and hopefully answer the question of what lies at the centre of Saturn – whether it has a large rocky core or if its density is much lower.

Describing the findings in the journal Icarus, the team was able to quantify the tiny variations of the gravitational field of the planet, which are the result of the tides raised by each moon of Saturn.

The tidal effect is caused by the differences in attraction between the planet and its satellites – the gravitational field is changed in the process.

Saturn has 62 moons of various form, size and composition. Since 2004, the Cassini probe has been orbiting the planet and sending back many hundreds of thousands of images to scientists to help them to decode the nature of the system.

The ENCELADE team is comprised of researchers from France, led by the Paris Observatory, Cornell University in the USA and QMUL’s School of Physics and Astronomy. They measured the differences in Saturn’s gravitational field by focusing on two of its moons, Tethys and Dione, and the two pairs of small moons which lie in their orbits.

Professor Carl Murray from QMUL’s School of Physics and Astronomy, said: “The key to the success of this project was to combine measurements of Saturn’s moons derived from historical observations with modern data derived from images taken by the Cassini spacecraft currently in orbit around the planet.

“The Cassini images were all meticulously planned here at Queen Mary and then we also analysed the returned images to measure the positions of the moons against the background stars.

“I always find it incredible that we can use images of these moons in their orbits to place constraints on models of the planet’s deep interior."

Watch this film to find out more about Saturn’s ecosystem.