Looking different to your parents can be an evolutionary advantage

Looking different to your parents can provide species with a way to escape evolutionary dead ends, according to new research from Queen Mary University of London (QMUL). 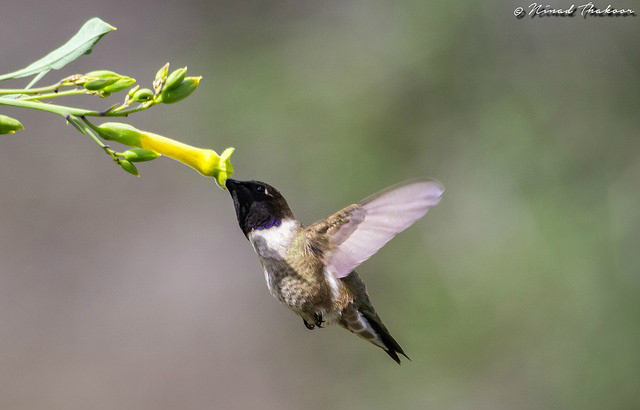 The work by researchers at the School of Biological and Chemical Sciences looked at polyploid hybrids in the genus Nicotiana, the group that includes tobacco.

Unlike humans, which are diploids – with two copies of each of their 23 chromosomes (one from each parent), – polyploids can have three, four or more copies of each chromosome. This makes them particularly prone to producing hybrids and, – in contrast to better-known hybrids such as the mule which is (the sterile product of a cross between a male donkey and a female horse), means that crosses between polyploids are often fertile.

While hybrids might be expected to be a blend of the two parent species, the researchers found that they tended to have shorter and wider flower openings than both of the parent species which means that a wider range of pollinators can enter the flowers.

By allowing a wider range of insects to pollinate them, hybrids make themselves much less vulnerable to the extinction of a single pollinator.

Dr Elizabeth McCarthy, who carried out the work as part of her PhD at QMUL but who is now at University of California Riverside, said: “Some plants evolve increasingly specialised relationships with the species that pollinate them. A classic example is Darwin’s Madagascan orchid, first discovered in 1798. Its exceptionally long nectar spur led Charles Darwin to propose that it was pollinated by a moth whose proboscis – the organ that extracts the nectar – was longer than that of any moth known at the time. Darwin’s prediction was spectacularly verified 21 years after his death when just such a moth was discovered.”

The problem with this sort of specialised relationship – which we now term coevolution – is that if one of the two species involved becomes extinct, the other is also doomed.

The study, published in Nature Plants, was produced in collaboration with the Royal Botanic Gardens, Kew, the Natural History Museum in London and the University of California, Riverside.