A Kickstarter campaign has been launched by a team from Queen Mary University of London (QMUL) who have developed a computing platform for high quality, ultra responsive interactive audio. 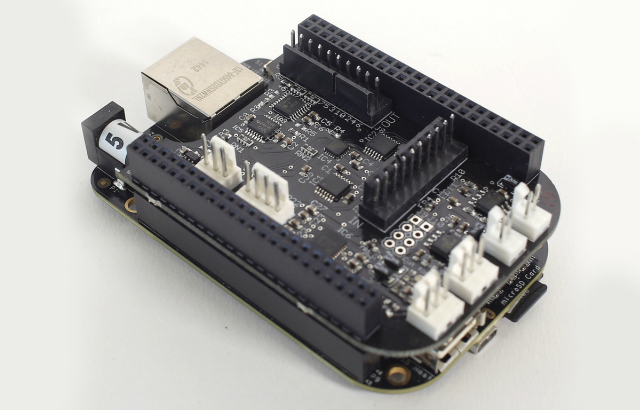 The project, known as Bela, is made within the Augmented Instruments Laboratory at the Centre for Digital Music and is designed for creating interactive audio systems, digital musical instruments, audio effects boxes, synths and other types of interactive installations.

At the time of writing the campaign has attracted more than 350 backers and smashed its goal of £5,000 with more than £37,000 raised so far.

Bela is built on a small computer known as BeagleBone Black, which runs Linux. Unlike on acoustic instruments, with digital instruments there is often a slight lag between the performer’s action and the resulting sound. This delayed latency makes the instrument less responsive, and the experience less satisfying. But Bela is capable of latency under 1ms, which makes the lag undetectable to any musician.

It’s compact, battery powered form allows it to easily integrate into portable interactive objects and as it’s self-contained it also eliminates the need for a laptop.

Dr Andrew McPherson, Project Leader of Bela, said: “Bela is the most responsive platform on the market, it’s easy to use and has everything you need for audio and sensor processing in one package, making it ideal for embedded projects.”

Both the hardware and software are open source, encouraging users to help shape the future of the platform.

Astrid Bin, Bela Lead Designer and Developer, added: “We want as many people as possible to be able to get their hands on this platform, once you have the power of low latency processing in your hands you realise how widely applicable it is.”

For more info head to the Bela Kickstarter page for an explanatory video and the option to donate too: https://www.kickstarter.com/projects/423153472/bela-an-embedded-platform-for-low-latency-interact