Flowers’ iridescent petals, which may look plain to human eyes, produce the perfect signal for bees, according to a new study involving researchers from QMUL. 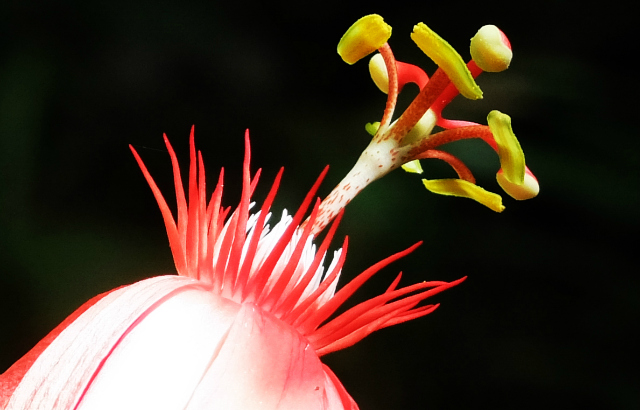 Flowers can be dazzlingly colourful, but new work shows that there is a limit to just how dazzling they want to be. Iridescence, where colours look different from different vantage points, is kept at moderate levels in flowers so as not to confuse pollinating bees. Photo credit: Lars Chittka

Bees looking for nectar need to be able to spot flower petals and recognise which flowers are full of food for them. Iridescence – the shiny, colour-shifting effect seen on soap bubbles – makes flower petals more obvious to bees, but too much confuses bees’ ability to distinguish colours so it is kept at moderate levels.

The researchers found that flowers use more subtle, or imperfect, iridescence on their petals, which doesn’t interfere with the bees’ ability to distinguish subtly different colours, such as different shades of purple. Perfect iridescence, for example as found on the back of a CD, would make it more difficult for bees to distinguish between subtle colour variations and cause them to make mistakes in their flower choices.

Professor Chittka said: "Bees are careful shoppers in the floral supermarket, and floral advertising has to tread a fine line between dazzling its customers and being recognisable."

Professor Glover added: “In 2009 we showed that some flowers can be iridescent and that bees can see that iridescence, but since then we have wondered why floral iridescence is so much less striking than other examples of iridescence in nature. We have now discovered that floral iridescence is a trade-off that makes flower detection by bumblebees easier, but won’t interfere with their ability to recognise different colours.”

Bees use ‘search images’, based on previously-visited flowers, to remember which coloured flowers are a good source of nectar.

“On each foraging trip a bee will usually retain a single search image of a particular type of flower,” explained Glover, “so if they find a blue flower that is rich in nectar, they will then visit more blue flowers on that trip rather than hopping between different colours. If you watch a bee on a lavender plant, for example, you’ll see it visit lots of lavender flowers and then fly away – it won’t usually move from a lavender flower to a yellow or red flower.”

This colour recognition is vital for both the bees and the plants, which rely on the bees to pollinate them. If petals were perfectly iridescent, then bees could struggle to identify and recognise which colours are worthwhile visiting for nectar – instead, flowers have developed an iridescence signal that allows them to talk to bees in their own visual language.