Large ornamental structures in dinosaurs, such as horns and head crests are likely to have been used in sexual displays and to assert social dominance, according to a new analysis of Protoceratops carried out by scientists at Queen Mary University of London (QMUL).

This is the first time scientists have linked the function of anatomy to sexual selection in dinosaurs. 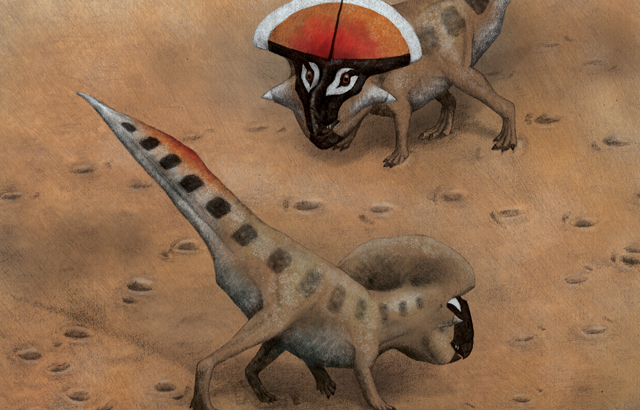 Protoceratops had a large bony frill that extended from the back of the head over the neck. Study of fossils aged from babies to adults revealed the adults to have disproportionately larger frills in relation to their size. The research, published in the journal Palaeontologia Electronica, shows that the frill was absent in juveniles and suddenly increased in size as the animals reached maturity suggesting that its function is linked to sexual selection.

This suggests the frill might have been used to attract suitable mates by showing off their best attributes or helping them assert the most dominant position in social interactions. 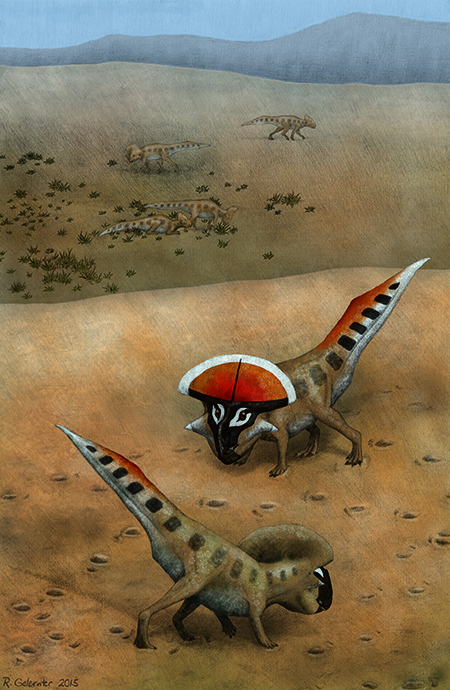 Dr David Hone, lecturer in Zoology from QMUL’s School of Biological and Chemical Sciences, said: “Palaeontologists have long suspected that many of the strange features we see in dinosaurs were linked to sexual display and social dominance but this is very hard to show. The growth pattern we see in Protoceratops matches that seen for signalling structures in numerous different living species and forms a coherent pattern from very young animals right through to large adults.” 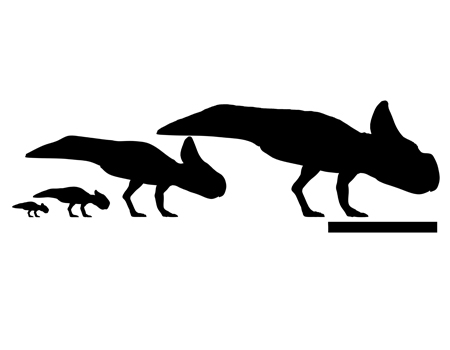 The researchers assessed the change in length and width of the frill over four life stages: hatchling babies, young animals, near-adults, and adults. Not only did the frill change in size but it also changed in shape, becoming proportionally wider as the dinosaur became older.

Dr Rob Knell, Reader in Evolutionary Ecology, also from QMUL’s School of Biological and Chemical Sciences, said: “Biologists are increasingly realising that sexual selection is a massively important force in shaping biodiversity both now and in the past. Not only does sexual selection account for most of the stranger, prettier and more impressive features that we see in the animal kingdom, it also seems to play a part in determining how new species arise, and there is increasing evidence that it also has effects on extinction rates and on the ways by which animals are able to adapt to changing environments.”

There are numerous, well-preserved specimens of ceratopisian dinosaurs of various sizes and ages making them a good groups to analyse. The researchers analysed 37 specimens of Protoceratops from fossils found in the Djadochta Formation in the Gobi desert and from previous published research. Protoceratops was a small-horned dinosaur that was similar in size to a sheep and was around two metres in total length from snout to tail tip.