Queen Mary University of London (QMUL) celebrated science in all its shapes and forms with a festival showcasing the university’s research to youngsters. 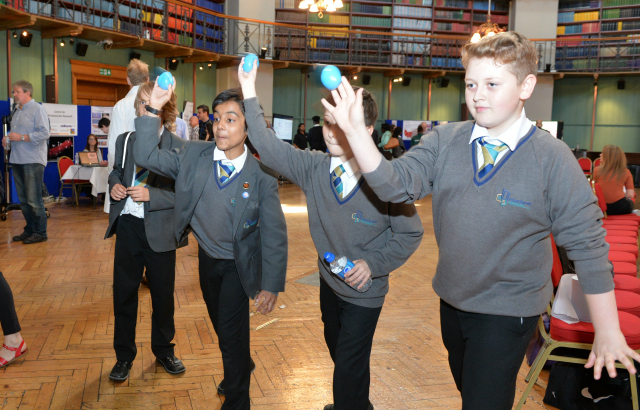 The sixth Barts and Queen Mary Science Festival offered school children and young people interested in science a chance to see how to extract DNA from a banana and find out what happens to astronaut Tim Peake’s joints when he is in space by using paper and straws to show what healthy bones look like.

Held in the Octagon, the event also featured a panel of volunteer patients from Trials Connect speaking about their experiences of taking part in a clinical trial while other exhibitors included talks on hearts and a poster game on how the immune system works.

QMUL’s Jane Batchelor, co-organiser of the festival which was held on 6 July, said: “The sixth Barts and Queen Mary Science Festival was a great success. The school kids really enjoyed learning about Tim Peake and what happens to the body in space, while the banana DNA extraction was great fun.”