Queen Mary University of London (QMUL) is welcoming a record number of Chevening scholars in the academic year 2016-17. 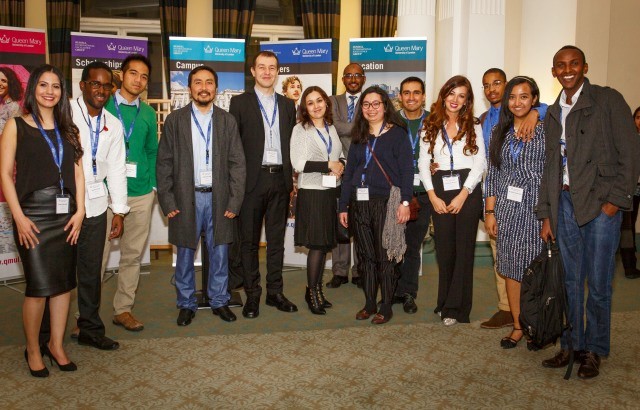 The Chevening is the UK government’s international awards scheme aimed at developing global leaders. Every year, Chevening Scholarships support outstanding emerging leaders from across the world to pursue one-year master’s degrees in any subject and at any of the UK’s leading universities.

QMUL hosts one of the largest communities of Chevening scholars of any UK university. For 2017-18, the university hopes to welcome even more scholars, by contributing over £500,000 towards their support.

In addition to the QMUL-Chevening Scholarships for 2017-18, the university will offer 17 QMUL-Chevening Partner Awards, co-funded by QMUL and the UK government, eligible for certain courses and nationalities across academic schools and institutes.

Professor David Sadler, Vice-Principal (International) said: “QMUL is proud to host one of the largest groups of Chevening scholars of any UK university – a fact that we believe is testament not only to the high quality of our master’s courses, but also to the international character of the QMUL community and to our commitment to embed an international dimension in all QMUL activities.”

Nurhafizah Binti Kamaruddin, Chevening Scholar from Malaysia who completed her LLM Human Rights Law earlier this year, said: “The Chevening scholarship has allowed me to interact and exchange ideas with students from all around the world. Postgraduate study in QMUL, with its varied and challenging curriculum, has offered me a stepping stone that will enable me to make a difference in my home country upon graduating.

“I have benefited tremendously from the resources of faculty, dynamic atmosphere, and unparalleled facilities at QMUL.”

Applications for 2017-18 QMUL-Chevening Scholarships and QMUL-Chevening Partner Awards are now open. More information about the awards and the application process can be found here.